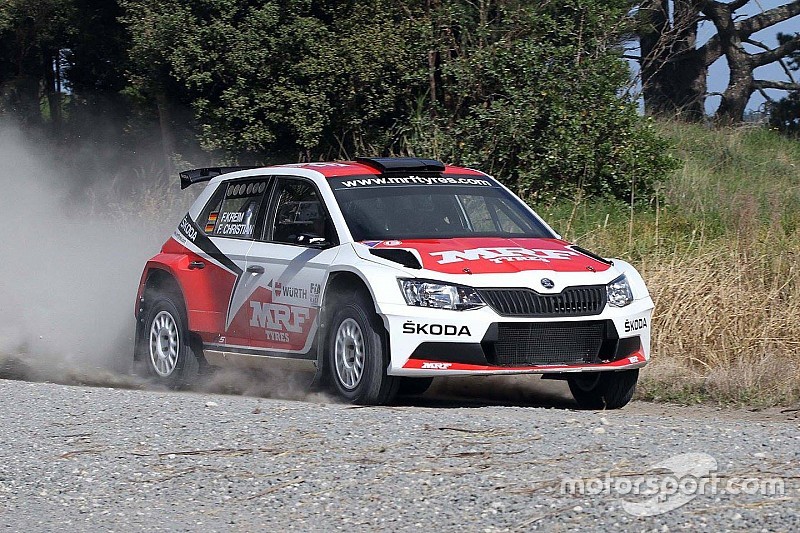 Kreim (co-driver Frank Christian) trailed Gill for much of Saturday’s running, until the latter’s Skoda R5 developed a puncture in the final stage of the day, losing 40 seconds as a result.

“Unbelievable! I did not expect that [to be leading] because we also have some problems but have not lost so much time,’’ Kreim said after the day's run.

“Sunday, it will be same like today. We’ll just be driving and I think tomorrow Gaurav [Gill] will be very fast."

Gill, meanwhile, is forced to content with second place, despite topping five consecutive stages between SS3 and SS7.

The Indian, after finishing 1.2 seconds behind Kreim on Friday, having won five stages, took a handy lead of 50 seconds from the German.

However, with the puncture, with 14 minutes remaining in the final stage, Gill lost time and subsequently the lead.

But the Indian is confident of a fight back on the final day with six stages remaining, to take his first victory in New Zealand, since 2014.

“Unfortunately we had a puncture in the last stage, about four kilometres from the finish,’’ Gill rued.

“We lost about 40 seconds to our teammate, so we’re down about five seconds tonight. Obviously, I would have wanted my 50 second lead, but I’ll live to fight another day.

"We’ll also be doing some setup changes with the car tonight so tomorrow should be good,’’ he said.

Behind the MRF drivers, Mike Young took the third spot, having made up for Friday’s troubles by topping the final stage of the day.

The Kiwi showed strong form, finishing in the top three in all the eight stages on Saturday, but bad luck hit teammate Sanjay Takale.

Having finished fourth on Day 1, the Indian endured far worse fortunes and was forced to temporarily retire due to electrical issues.

Takle, however, has managed to get his car fixed and will return to action on Sunday, albeit starting some way off, behind the top runners on the leaderboard.

Friday's third placed Scott Pedder is the only retirement from the rally so far, after hitting with mechanical issues in SS5.