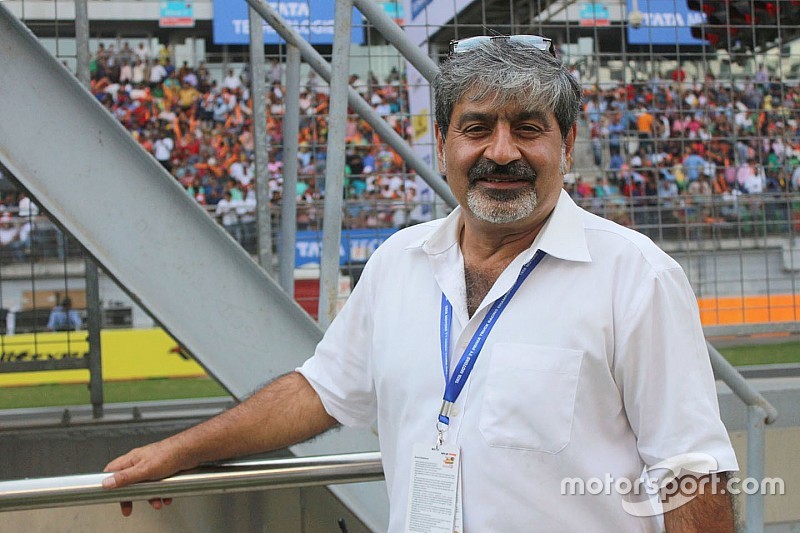 Vicky Chandhok has been unanimously re-elected as the President of the FIA Asia Pacific Rally Championship’s Working Group.

Chandhok first rose to the helm of APRC in 2016, the year the intercontinental series returned to India with a rally in Chikmagalur near Bangalore, and will now remain in the same position for another two years.

The 61-year-old was elected at APRC’s annual meeting in Johor, Malaysia, which was attended by representatives from Malaysia, Singapore, Australia, New Zealand, Japan and Indonesia among others.

The members felt that since APRC has been going through challenging times, particularly in the wake of MRF’s move to the World Rally Championship, it needed continuity at the top of the hierarchy.

As such, it requested Chandhok, who was not a candidate for the post, to remain the APRC President for another two-year term.

He will be joined on the Working Group by Vice President Takahito Sugita (Japan) and other executive members of the committee, including Tengku Shaharin Abu Bakar (Malaysia) and Willard Martin (New Zealand).

“It was a bit of a surprise that I was unanimously requested to continue as President for another term,” he said.

“Rallying continues its upward trend in the region and I am honoured to continue what we started two years ago. Our focus will be on expanding to new regions and continue growing the sport at the grass root level.”

Apart from re-electing Chandhok, the Working Group also put forward revised regulations, a media plan and a tentative calendar for 2019, which will be finalised in September. India is expected to remain on the APRC map.

The meeting was also attended by the President of FIA Rally Commission Wayne Christie, who requested Chandhok to join the FIA Regional Rally Working Group, which is set to meet in Paris on August 21 to discuss all the FIA Regional Championships.

Pastrana to compete in Americas Rallycross at COTA