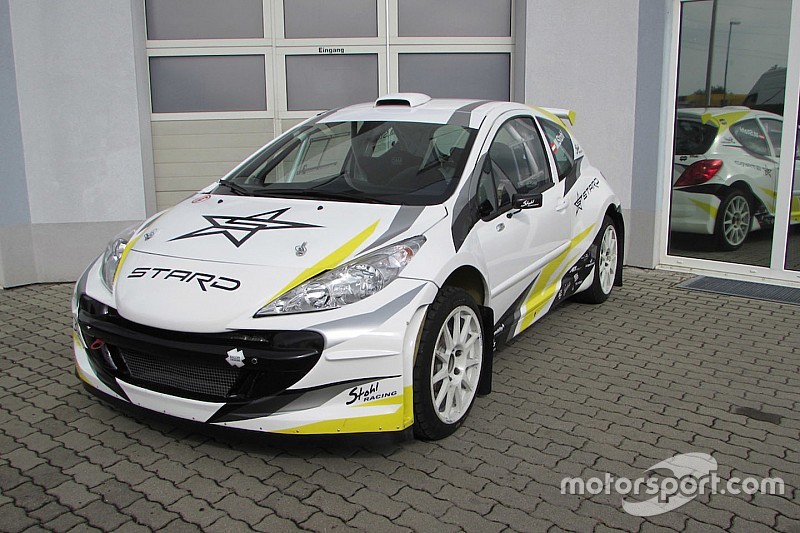 An Austrian company has revealed what is believed to be the first-ever fully-electric rally and rallycross car, producing almost 550 horsepower.

Owned by former Group N World Rally champion and, more recently, World Rallycross Championship competitor Manfred Stohl, research and development firm STARD has been working on its EV rally and rallycross concept for some time and is testing and developing the machine in Austria.

The project has been largely focused on the EV aspect, and as such, a converted Peugeot 207 Super2000 bodyshell has been used to create the car.

A four-wheel drive machine, it has the equivalent of 544 horsepower and 760nm torque, comparable to the power of a World Rallycross Supercar. The car can currently run at maximum power for 15 minutes and can reach a top speed of 195 kph using a single-speed transmission.

“This is without doubt the most mind-blowing car I have ever driven,” said Stohl, who has been conducting much of the recent test driving.

“Of course I was sceptical at the beginning when my engineers told me to forget all I knew about a race car’s power delivery. You can’t put it into words – the immediate and continuous torque, without even the smallest ditch from nothing to 195 kph makes you feel like you’re on a giant rubber slingshot to space!

"As there is not the slightest torque gap, you even catch yourself holding the breath during acceleration, waiting for that shift which never happens.”

The 1250kg car can reach 90 percent of its full torque in 40 milliseconds (0.040s) from a standing start, and currently uses individual motors at the front and rear axles, but the firm is working on a four-motor system (one per wheel) to be implemented in due course.

The batteries used are designed in-house by STARD, and are capable of delivering more power once a stronger transmission is developed.

“This is an investment into what we see as at least part of the future of motorsport,” said STARD CEO, Michael Sakowicz.

“It’s hard to say if it will be THE future because there are other technologies also being developed, like hydrogen and fuel cells, but in our opinion electric will be the future. The current situation of Formula E and the impressive list of manufacturers and names joining series shows how it is.”

There are no known current plans to introduce an electric category into either rallying or rallycross, but STARD has privately funded and developed the project to remain ahead of the curve should such a category be created.

Along with harnessing the maximum possible performance, the company is developing an energy recovering system to use on loose surfaces, to allow for potential use on longer rally stages.

“Electric vehicles in rallycross certainly is a delicate and polarising topic,” said Sakowicz. “One thing is for sure, the format of the racing in rallycross and electric power is a perfect match.

"Our car fully complies to FIA rules, including battery system, which means that we are ready should we need to be, also for any other category using EV technology too.

"The possibilities with an electric motor are incredible; the power density, the capability and controllability is so much way above the internal combustion engine.”

The Andros Trophy ice racing series, which runs from December to February in the French Alps, is currently in only equivalent discipline that has an electric class, where a support category uses single-motor rear-wheel drive machines.

STARD has experience of more conventional cars in the World Rallycross Championship, having developed Ford Fiesta Supercars for the World RX Team Austria squad for the 2016 season, for which Stohl drove in 2015.