Nitro Rallycross, the brainchild of extreme sports star Travis Pastrana, has revealed plans for global expansion and the introduction of a new all-electric rallycross car.

Having run a pair of standalone events on a purpose-built track at the Utah Motorsports Complex in 2018 and 2019, Nitro Rallycross will expand to five rounds next year, with plans to grow to a 10-round global series in 2022, with events in North America, Europe and the Middle East.

For 2022, the series will introduce an electric Supercar class alongside the existing internal combustion engine Supercar category for a new car called the FC1-X, developed as a collaboration under the First Corner banner, between Spanish firm QEV Technologies and former World Rallycross Teams’ Champions Olsbergs MSE, expanding on the technical partnership that has developed the RX2e cars for the World Rallycross Championship’s new electric support class next year.

In a coronavirus-led delay to its original plans, Nitro RX 2021 will begin in Utah next September, and will be followed by October races in Washington state and Nevada, a round in Arizona in November and a finale in Quebec in January 2022.

The events will be run on purpose-built permanent tracks. Organisers say “every track will be different, with diverse settings and surfaces ranging from urban areas with paved streets to remote expanses with dirt and ice tracks. Each location will also showcase extraordinary backdrops encompassing deserts, forests, mountains, cityscapes and more.”

“Since day one, I have truly believed that Nitro Rallycross has the potential to be the most exciting motorsports series on the planet,” said Pastrana.

“When we built the first NRX course in Utah we knew we had something special - from the drivers’ genuine smiles to the astonished fans as cars flew side-by-side over 100-foot jumps.

"Now, as we get ready for the next chapter of NRX, I’m more convinced than ever that this will bring top drivers from all disciplines to challenge themselves as their teams push the envelope in vehicle development. It’s going to be a hell of a ride and this is only the beginning.”

Based on a four-wheel-drive electric SUV platform, the FC1-X is set to begin testing early next year, and boasts the equivalent of over 1000 horsepower. Nitro RX says the car will be capable of three Gs of acceleration, and will reach 60mph in under 1.5 seconds. The series says it has “worked closely with several top manufacturers such as Ford, Volkswagen and Subaru among numerous other OEM’s to develop the body for a ground-breaking vehicle platform with extraordinary performance abilities.”

First Corner boss Andreas Eriksson said: “We have been working with many leading OEM’s for over 24 months on the FC1-X. The end product is a testament to the collaborative approach to deliver the very best vehicle in electric motorsports that the OEM’s will be proud of.

"This vehicle will accelerate almost twice as fast as its nearest competitor and other proposed electric offerings currently on the drawing board.

"With the electric SUV category the fastest growing category for auto manufacturers, FC1-X and Nitro Rallycross will provide the perfect platform for OEM’s to highlight their new models rolling off the production line across the globe and generate a global fervour for their new vehicles, which will translate to purchases.” 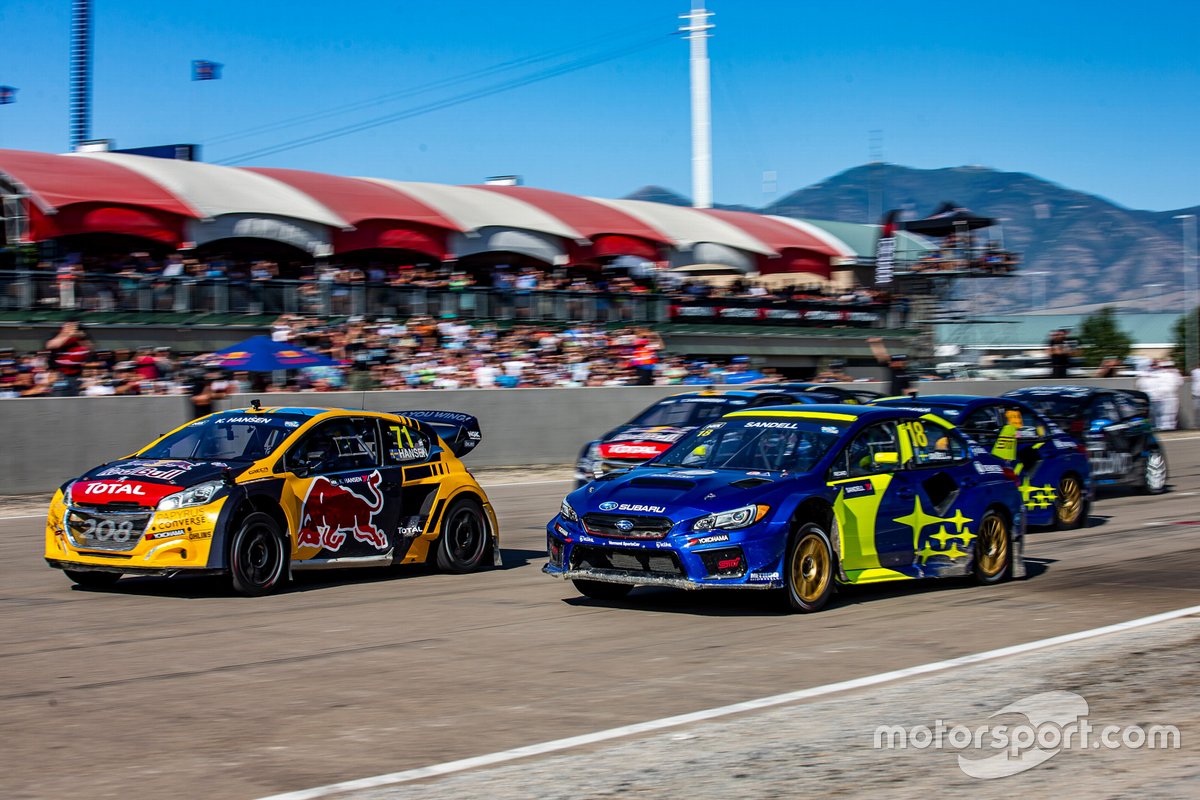