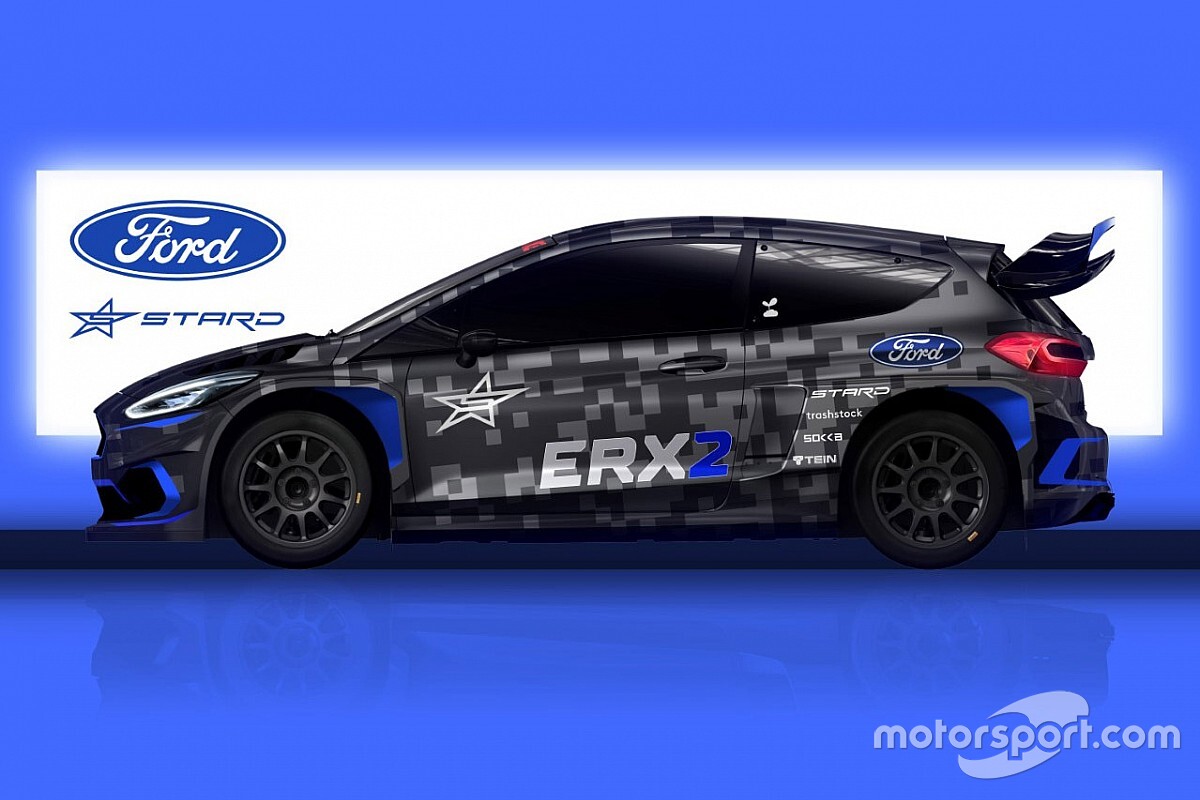 The Vienna-based outfit, which has developed the electric kit of the World Rallycross Championship’s new Projekt E support series, a similar three-motor concept to that being used in Hayden Paddon’s electric rally car project, is referring to its Ford-backed customer scheme as the ‘world’s first road-car based electric motorsport customer programme.’

Ready to race cars are priced at €374.000. Norwegian team Holten Motorsport was the first outfit to invest in one of the new Fiestas late last year.

STARD claimed the first victory for an electric rallycross car with a Fiesta test car driven by Stohl last weekend in Hungary, and says in comparison to current World RX specification Supercars, it’s electric ERX2 machines are both cheaper to purchase and run.

The firm ran a pair of Fiesta Mk8 Supercars in World RX last season, but its new venture has received support from Ford, the first active electric rallycross programme to have official manufacturer involvement.

“We are happy to support STARD with this project and it will be exciting to see how this develops going forward,” said Ford Performance Motorsports Global Director Mark Rushbrook.

“We wish the project all the very best for the forthcoming season and we will be watching with interest as STARD built Fiesta ERX2s go racing.”

STARD says its high voltage systems have passed the necessary FIA tests and can theoretically, subject to each ASN’s electric motorsport directives, be run in a variety of disciplines.

“I believe this is the start of a new era for customer and private motorsport,” said STARD CEO Michael Sakowicz.

“The primary target of the STARD Ford Fiesta ERX2 is of course to be raced in Projekt E, the leading electric support category to the FIA World Rallycross Championship, but also in other environments.”

“The car has undergone all FIA safety checks, particularly for the HV systems which makes this the first motorsport EV powertrain equipped race car package to complete FIA checks since Formula E.

"Therefore the possibilities to race with the car are pretty much unlimited. This includes national rallycross, hill climbs, city races and more.”

“Having a global manufacturers support further indicates to us that we have taken right choices during development of the concept.”