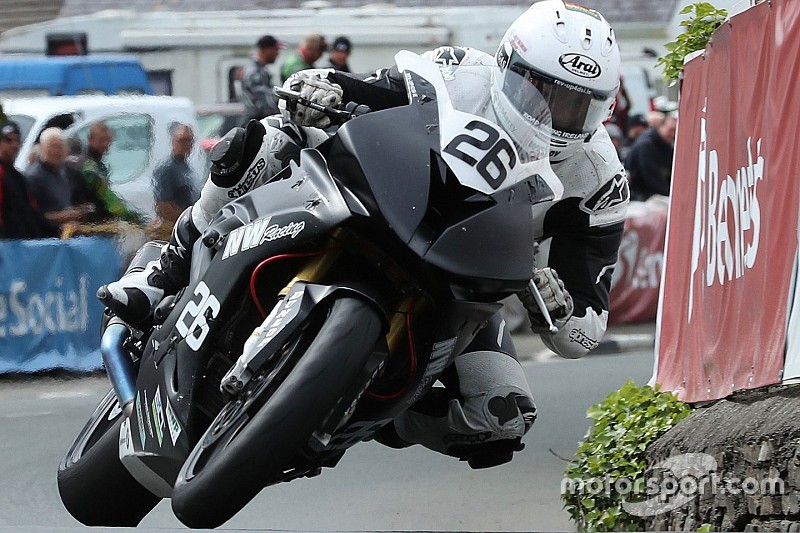 Irish rider Alan Bonner has become the third rider to be killed at the Isle of Man TT this year.

The 33-year-old was killed in a crash at the 33rd milestone during qualifying for the Senior TT, becoming the third rider to lose his life on this year’s event following tragic accidents for Davey Lambert and Jochem van den Hoek.

“ACU Events Ltd regrets to announce that Alan Bonner, 33, from County Meath in the Republic of Ireland died this afternoon during a qualifying session at the Isle of Man TT races,” read a statement from the event.

“Alan was involved in an incident at the 33rd milestone during the qualifying session for the Senior TT.

“Alan made his TT mountain course debut at the 2014 TT races and had a highest placed finish of 15th, which he achieved in the 2015 Senior TT. He finished 28th in the Superbike race last Sunday 4th June, winning a bronze replica and also finished 30th in this morning’s Superstock race, winning another bronze replica.

“He was the fastest ever TT rider from the Republic of Ireland with a lap of 127.090mph which he achieved in 2015.

“ACU Events Ltd wishes to pass on its deepest sympathy to Alan’s partner Gemma and his family and friends.”