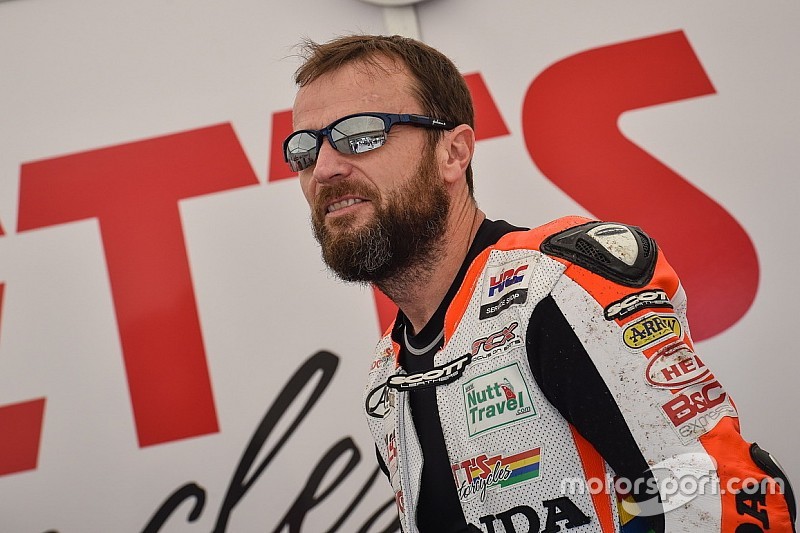 Multiple Isle of Man TT race winner Bruce Anstey will make his return to racing in next month's Classic TT, having been absent from competition since 2018 due to illness.

The 50-year-old New Zealander has won 12 times at the TT since his debut in 1996, but was forced to miss the last two events due to a battle with cancer. Now in better health, the popular Anstey will return to competition for the first time since 2017 in the Classic Lightweight TT next month aboard a Padgetts-run Honda RS250.

Anstey has won the class twice at the Classic TT, and set a the fastest ever lap for a 250 machine at the '17 event when he guided his bike around the 37.73-mile Mountain Course to a 120.475mph effort. Padgetts will also field Conor Cummins – who secured two thirds in the Superbike race at the TT with the team – and last year's fastest newcomer at the TT Davey Todd.

Anstey took his maiden TT victory in the 250 race at the 2002 TT, and formerly held the outright lap record at the TT when he set a 132.298mph in the '14 SBK race. That same year he took his first win at the Classic TT in the Superbike race aboard an ex-works Yamaha YZR500 grand prix bike in Padgetts colours.

Anstey holds the lap record in the class at the Classic TT of 127.496mph, set in 2017 on his way to runner-up spot in the race behind 2019 Senior TT winner Dean Harrison. As well as Anstey, this year's Classic TT once again boasts a raft of high-profile names competing, including 23-time TT winner and former team-mate of Anstey's John McGuinness.

McGuinness made his racing return after a two-year absence through injury at the event last year, and went onto win the Senior race aboard a Team Winfield-run 500cc Paton.

He will be joined by '19 Zero TT winner Michael Rutter, who will contest the SBK race on an FJ1200 Harris Yamaha. He will also race the Junior Classic race on a Ripley Racing 350 Honda. Harrison will be out to add to his tally of two wins in the SBK race at the Classic TT, as he returns with the Silicone Engineering team to race a ZXR750 Kawasaki.

The 2019 edition of the Classic TT will run from August 17 through to August 26.

Michael Dunlop “back on my feet” after breaking pelvis in crash