Harrison admits he "lost his way" before Senior TT win

Dean Harrison admits that repeated weather disruptions during the Isle of Man TT fortnight caused him to "lose his way" before he rebounded to win the flagship Senior TT event.

Harrison trailed Smiths Racing rider Peter Hickman by 20 seconds at the end of lap four, but emerged in the lead by eight seconds at Ramsey on the fifth tour after Hickman's BMW developed a technical issue.

The Silicone Engineering rider won his third TT by a margin of 53s in end, but admits “it's hard to concentrate sometimes” when released into a commanding lead due to a rival suffering an issue.

“I knew something was wrong when I saw the lead had halved,” Harrison said.

“Obviously he's [Hickman] having issues here, so I carried on same pace. Once I got P1 the lead went from P1 plus eight to P1 plus 30. Over the mountain I think I got P1 plus 40-odd.

“So I was trying to short-shift a bit. It's hard to concentrate sometimes when that happens. When you're in a battle with someone and it's so close you're just focused on what's going on.

“When something goes wrong with another competitor and you get such a big lead, it's quite easy to have a lapse in concentration.

Harrison revealed he “lost my way a bit” during race week as a result of the numerous weather-induced cancellations, but said the packed five-race Thursday schedule got him “back into the swing of things” ahead of his Senior win.

“It's absolutely brilliant to be fair,” he added when asked to sum up his TT. “As I said, every class is so competitive now.

"I sort of lost my way a bit, though, mid-week. With the weather the way it's been I sort of lost lost my momentum. Because I started [practice week] well, and then [my] head sort of went a bit. And then it took me a bit to get back into that.

"Thursday's races sort of got me back into the swing of things. It's great to get a win when it's six laps, two pitstops, it's not shortened.” 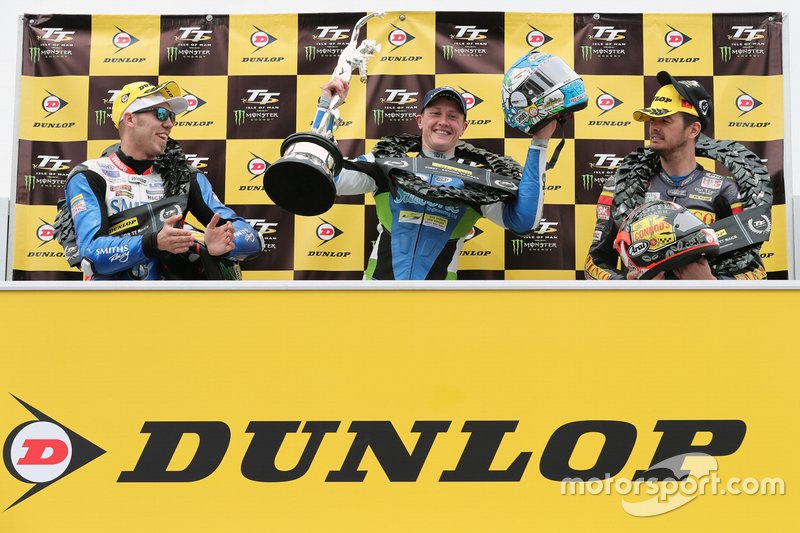