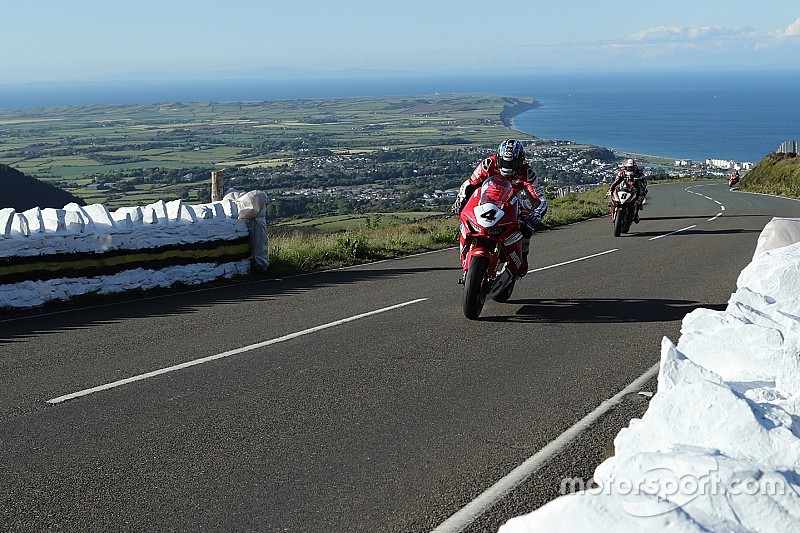 Poor weather has once again forced a practice session for the 2019 Isle of Man TT to be cancelled, with Friday afternoon's session scrapped.

Heavy rain and mist has blighted much of practice week, with Saturday's, Monday's, Wednesday's and Thursday's running all lost to it.

In a bid to make up for lost track time ahead of race week, TT organisers, the ACU, scheduled two lots of sessions for the solos and Sidecars for Friday.

A combined Superbike/Superstock/Supersport/Newcomers session was due at 1:30pm local time, with a combined SSP/Lightweight and a Sidecar outing following.

However, the weather failed to relent on Friday morning, forcing this be delayed by an hour, before to the session was eventually scrapped. This evening's running still stands in the schedule, though forecasts do not predict a break in the rain.

Watch all the action:

The lack of running this week has forced the ACU to postpone the opening race day to Sunday to allow for more practice time on Saturday.

Further contingency plans have been put in place which would see race week condensed to four days from Tuesday to Friday, with Monday reserved for practice.

Clerk of the Course Gary Thompson confirmed on Thursday this plan would be initiated should no more running be held between now and the first races.

Friday evening's running is set for 6:20pm, with the combined SBK/STK/SSP/Newcomers session up first, with an outing for the Sidecars set for 7:55pm and a lap for the electric Zero TT bikes at 8:40pm.

Dean Harrison led the only SBK session of the week so far on Tuesday night, after guiding his Silicone Engineering Kawasaki to a 17m28.610s at 129.53mph.

He also set the pace in the STK classifications on Tuesday, while his SSP lap from Sunday still stands as the fastest overall, with Peter Hickman fastest in the class on Tuesday.