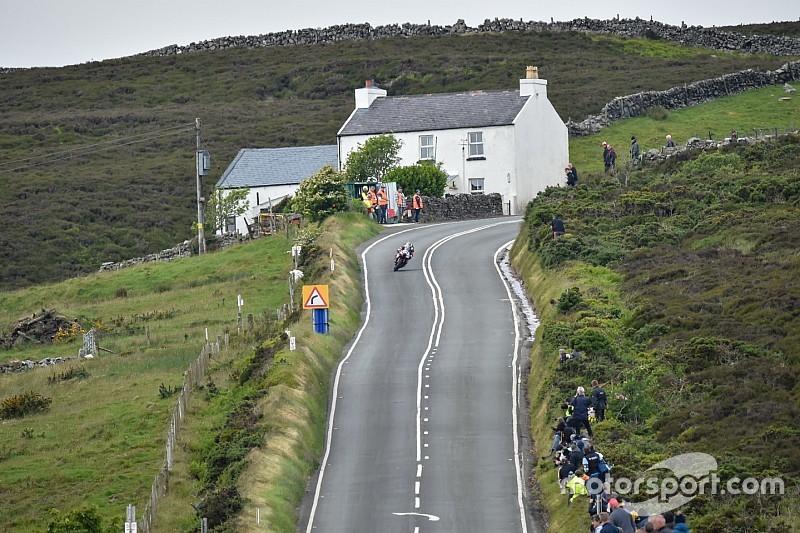 After poor weather forced Thursday's afternoon Isle of Man TT practices to be cancelled, the evening sessions have now been scrapped too as conditions failed to improve.

Four days of running have been claimed by poor weather prior to Thursday, with running on Saturday, Monday and Wednesday also called off. After the loss of Wednesday's running, TT organisers the ACU had scheduled two sessions to take place on Thursday, though TT organisers the ACU confirmed this morning that the session due for 1pm local time had been cancelled.

A predicted break in the weather for this evening meant the evening session remained intact as the day wore on, before Clerk of the Course Gary Thompson was forced to abandon those plans at 5:45pm. Thompson confirmed on Wednesday contingency plans are in place to postpone the opening day of racing from Saturday to Sunday to allow for more practice to be had should any more sessions be lost to the weather.

Building on this today, he said race week could now be condensed to four days and run from Tuesday to Friday, with Monday being used as a practice day in the event no further running is had between now and the weekend. It is unclear yet if the loss of tonight's running will force Thompson to initiate one of his contingency plans.

The ACU says it will issue an update on the schedule soon.

Tonight's running was set to kick off at 6:20pm with a combined Superbike, Superstock, Supersport and Newcomers session, followed by a SSP/Lightweight session, an outing for the Sidecars and the first laps for the TT Zero machines.

Silicone Engineering rider Dean Harrison set the pace in Tuesday's opening SBK session, dominating the class with a lap of 17m28.610s at 129.53mph. He also led the STK class timesheets with a 17m30.197s at 129.24mph, which stands as the second best time overall from Tuesday's running.

Smiths Racing's Peter Hickman topped the SSP times after a lap of 18m16.124s and 123.92mph, though this was close to 20 seconds down on Harrison's best effort from Sunday.