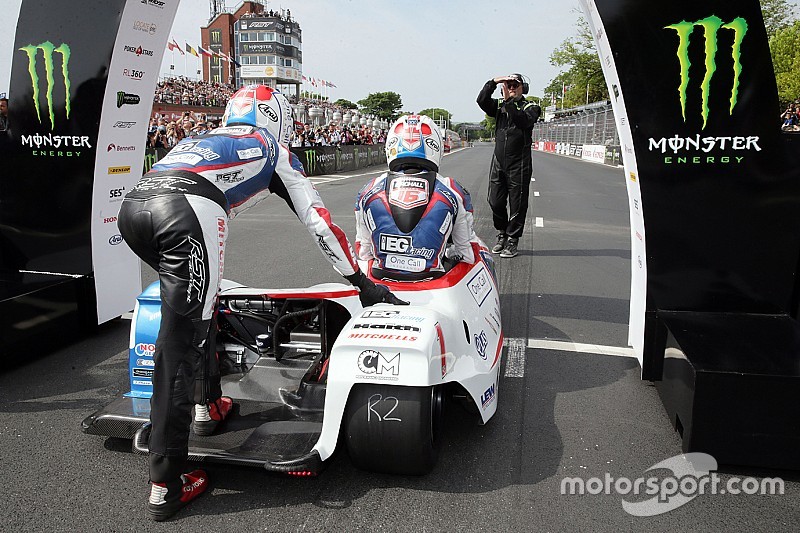 Poor weather has once again interfered with 2019 Isle of Man TT practice week, as Friday evening's session has now been cancelled due to high winds and mist.

Two bouts of practices for the solos and Sidecars were schedule for Friday, following the loss of double-header running on Wednesday and Thursday. However, persistent rain and mist over the mountain led to the cancellation of this afternoon's session.

The combined Superbike, Superstock, Supersport and Newcomers session, Sidecar outing and Zero TT lap for Friday evening remained on the schedule, and conditions had improved dramatically since the afternoon. But mist remained on the mountain, and coupled with high winds, organisers the ACU have now scrapped tonight's running also, bringing the total number of lost practice days to five.

Due to the lack of running so far, Saturday's opening SBK and Sidecar races have been pushed back to Sunday to allow for more practice on Saturday.

Clerk of the Course Gary Thompson also confirmed on Thursday a contingency plan was in place to shorten race week to four days and run from Tuesday to Friday, leaving Monday – which is currently scheduled to have the STK and first SSP races – for further practice time.

He said this would likely be put into action should no more running be held between now and Sunday. It is unknown yet if the loss of this evening's running may prompt this plan to be put into action. The ACU says it will announce an update soon.

Just two sessions for the solos have been run so far this week, with only one of those for the SBK and STK classes. Dean Harrison led both of those on his Silicone Engineering Kawasaki with laps of 129.53mph and 129.34mph respectively.

He also remains the fastest runner in the SSP class, after his 126.09mph lap on Sunday. Smiths Racing's Peter Hickman, who missed the opening day of running due to his British Superbike commitments, led Tuesday's SSP outing.

Jamie Coward (Prez Racing) was fastest in Sunday's Lightweight standings, while John Holden and Lee Cain led the way in the only Sidecar session of the week on Tuesday on their Silicone Barnes Racing outfit.