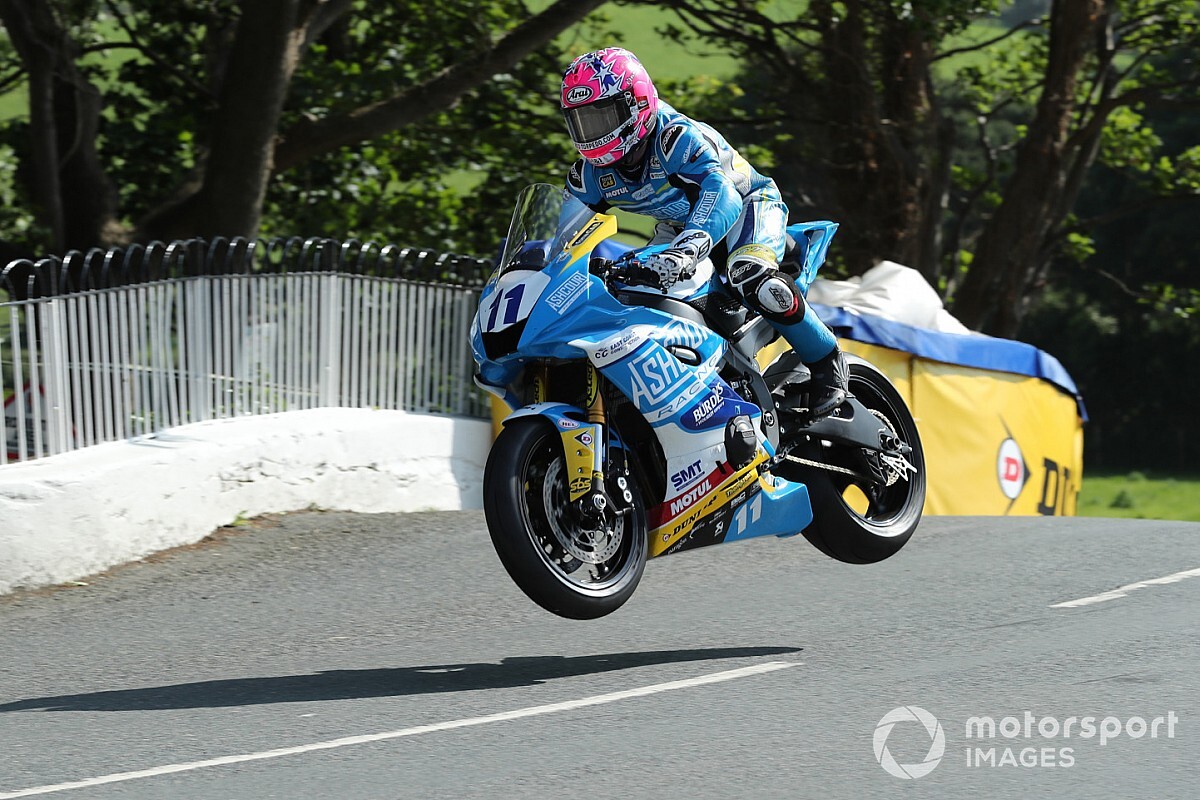 Lee Johnston scored his maiden Isle of Man TT race victory, after beating James Hillier by 3.6 seconds in an opening Supersport contest which was red-flagged on the second lap.

The Ashcourt Racing rider took the lead early on, and extended his advantage across lap two, which turned out to be the final lap when rain on the west side of the circuit forced a red flag.

Hillier led initially on the run to Glen Helen on the opening lap on his Bournemouth Kawasaki, with Johnston moving into second, 1.3s behind, ahead of Lee Hardy Racing's Gary Johnson.

Johnston lost three tenths to Hillier at Ballaugh Bridge, but the Aschourt Racing rider found a second into the Ramsey Hairpin before moving ahead on corrected time at the Bungalow.

He held an advantage of 1.9s over Hillier at the end of the first lap, opening this out by two seconds at Glen Helen on the second tour, while Superbike race winner Peter Hickman moved into third.

Rain began to fall around the Kirk Michael area of the circuit, which led to Johnston's gap being wiped out to just seven tenths at Ramsey.

He recovered over the mountain, though, and was 1.8s ahead at the Bungalow. The red flag would be flown just as Dean Harrison came in for his pitstop at the end of the second lap.

With riders completing half distance, just as they had in the SBK race, the result was declared, with Johnston taking his first TT victory by 3.6s from Hillier.

Hickman held onto third to cap off a successful day for the Smiths Racing rider, with Harrison 13s off the lead in fourth. Michael Dunlop completed the top five on his MD Racing Honda, with SBK third-place finisher Conor Cummins sixth on the Padgetts Honda.

After his mechanical-induced retirement from the SBK race on the Norton, John McGuinness completed his first TT race in two years in 17th on the third Padgetts Honda.

Derek McGee (B&W Kawasaki) was a non-starter, after he suffered a suspected leg injury in a crash during a Lightweight practice on Monday afternoon.

The opening SSP race of the week was marred by the death of Englishman Daley Mathison, who tragically lost his life in a crash during the SBK race.

Video: How pre-event disruption has affected this year's TT