The Isle of Man TT will be shown live and in full for the first time when road racing returns to the island in the UK's Irish Sea in 2022.

Coverage of every qualifying session and every race over the two weeks of the TT will be broadcast online on a dedicated digital channel, accessible via a live pass. Previously, only highlights of the iconic event had been broadcast.

Launching next spring, the digital channel will be the exclusive home of live race coverage, and will also offer year-round original content, including an eight-part docuseries and a feature-length documentary film in the vein of fans’ favourite, Closer to the Edge.

On what would have been Senior Race Day, the Island’s Department for Enterprise – promoters of the TT Races – unveiled several new developments for the future format of the event.

The 2021 event was cancelled in November due to ongoing uncertainty surrounding the development of the COVID-19 pandemic. 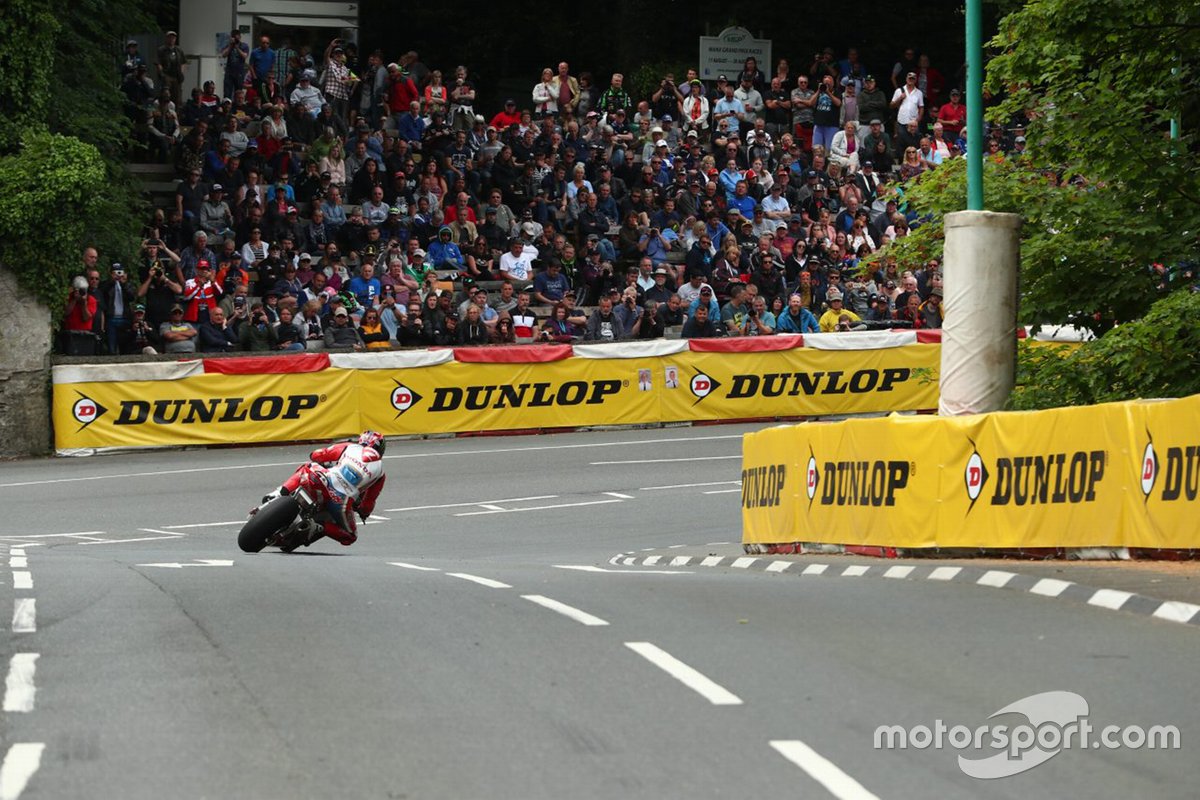 Next year's event will run from Sunday 29 May to Friday 10 June, with the first qualifying session - a newly expanded session - getting underway on Sunday afternoon. While qualifying will still stretch over six days, the final session of the fortnight will now take place on Friday afternoon, giving competitors more time to prepare ahead of racing.

The changes also include a revamped race-day programme, which will see a single warm-up lap for competitors each morning. By replacing the midweek qualifying and practice sessions, the change allows for a more streamlined daily schedule with roads opening earlier than currently scheduled.

2022 will also see the Lightweight TT get a new name and a new rulebook, with the latest regulations allowing both Yamaha and Aprilia to compete in the category for the first time in the modern era.

The regulations for the newly badged Bennetts Supertwin TT will permit twin-cylinder machines up to 700cc such as the Aprilia RS660 and the Yamaha MT-07 and YZF-R7.

The sidecar class will also see its biggest shake-up for three decades, with 900cc parallel twin-cylinder engines such as those found in the KTM 890 DUKE and the BMW F900R permitted for the first time.

The newly eligible powerplants will run alongside the 600cc four-cylinder and 675cc three-cylinder outfits that have long been the mainstay of sidecar racing at the TT.

Organisers are also hoping to introduce more changes in 2023, subject to local public consultation. This would see the launch of an expanded race programme, with six race days instead of four, and increase the total number of races increase from eight to ten with the introduction of a second race for the Superstock and Supertwin classes.