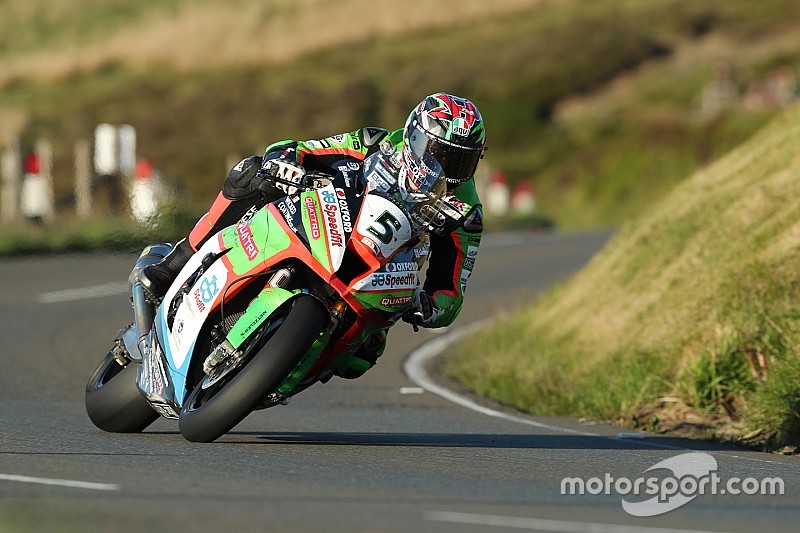 The opening race day of the 2019 Isle of Man TT will contain three events, with the first Superbike, Sidecar and Supersport contests forming a packed Monday.

Practice week has been severely affected by poor weather, with five days of running cancelled and the postponement of the first races. Racing was due to begin on Saturday with the first SBK and Sidecar events, but was initially pushed back to Sunday, before the weather wiped out Saturday's practice.

Mercifully, improved weather on Sunday meant a combined SBK/SSP/Superstock/Newcomers session, two laps for the Sidecars and a tour for the TT Zero machines could be run.

A meeting was held on Sunday evening between race organisers the ACU and the riders to discuss if a four-day race week contingency plan should be initiated to allow for further practice on Monday. However, the outcome of this meeting was to run the postponed SBK and Sidecar races, as well as the first SSP race, which was pencilled in for Monday along with the STK event in the original schedule.

The first SBK race of TT '19 is set to get underway at 10:45am local time, and has been cut to four laps from six due to the condensed schedule. The Sidecar race follows at 1:00pm, and remains a three-lap contest, before the TT Zero bikes get another practice lap at 3:55pm.

The roads will then be opened at 4:50pm and closed at 6pm, with the four-lap SSP race scheduled for 6:30pm.

It is unclear yet when the STK race previously meant for Monday will be run, with three races planned for Wednesday and two on Friday of the original schedule.