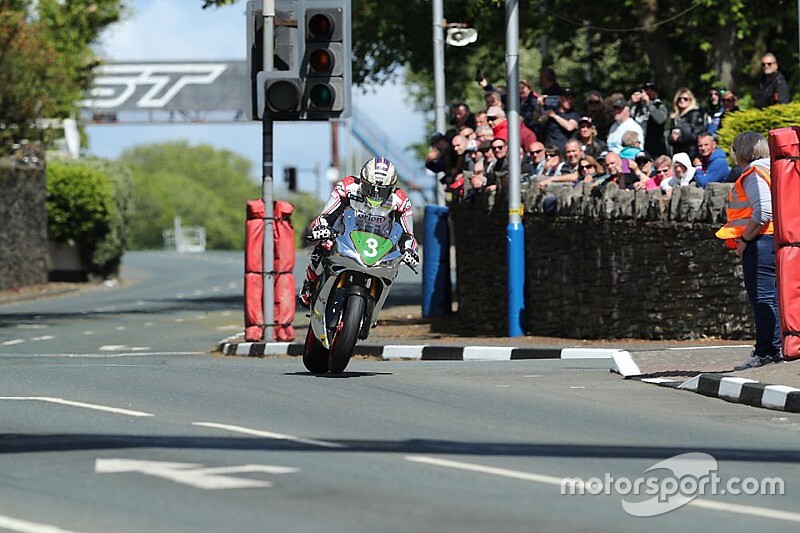 John McGuinness says he was “surprised, disappointed” by the problems he suffered during the 2019 Isle of Man TT with the Norton in the Superbike and Lightweight classes.

The 23-time TT winner has been absent from the event since seriously breaking his leg at the North West 200 in '17, but returned this year with Norton in the SBK and LTW classes, and Padgetts for the Supersport races.

McGuinness retired from the SBK and LTW race, and was forced to park up at the Bungalow on the opening lap of the Senior TT when an engine bolt broke, almost causing him to crash.

Reviewing his TT, McGuinness told Motorsport.com he doesn't “really know what we've done to deserve” the misfortune he suffered – but admits he's “ticked a few boxes” on his return.

“I don't really know what we've done to deserve it really,” the BetVictor brand ambassador said.

“We'd done no practice whatsoever, everyone has been in the same boat. So I'm surprised, shocked and I've just had a chat with the boys and they've all got their head in their hands.

“Stuart Garner [Norton boss], he's got his head in his hands. He doesn't understand really what we've done to deserve it, we should have had a good, clean solid run on the bike and it hasn't happened.

“Surprised, disappointed, it would have been nice [to have gotten a result]. I'm sat at the Bungalow having not even completed a lap, and conditions were good, the boys were flying around enjoying themselves.

“Spectators were eager to listen and enjoy the Norton, and we never did anything really. So a bit disappointing. But we're here, we're safe, we've ticked a few boxes.”

McGuinness did tally up his 47th career podium after securing second in the Zero race, and admits he never thought he would see a TT podium again following his NW200 – adding that even to start last week's races was “a win”.

“Ups and downs really, but big for me to be back. To even stand on the start line was a win. But [it's still] frustrating. That Senior, I just wanted a good, safe, solid result and a top 10 result was on the cards, but it wasn't to be.

“So, disappointed on one side of the coin, but good on the other side if that makes sense?”

Harrison admits he "lost his way" before Senior TT win