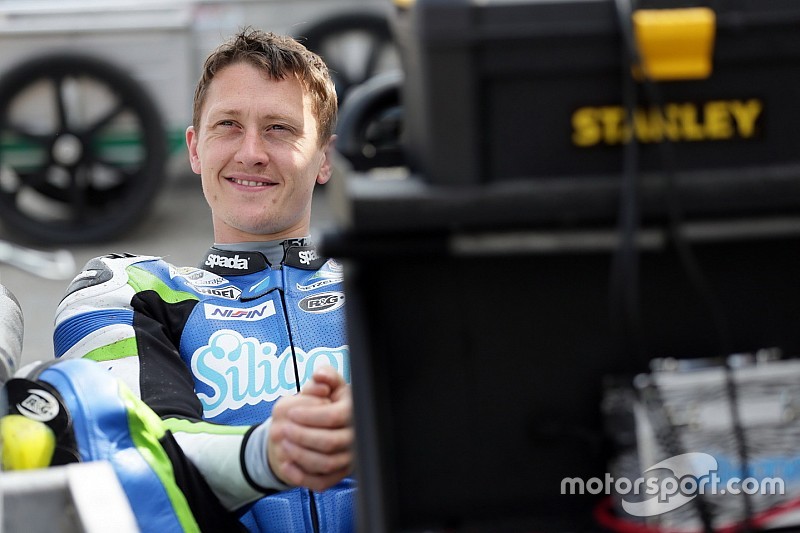 Dean Harrison led the Superbike times to seal provisional pole for the class, as a packed first day of practice marked the beginning of the 2019 North West 200 in Northern Ireland.

The Silicone Engineering rider guided his new ZX-10RR Kawasaki to top spot early in Tuesday's SBK session with a lap of 4m29.486s, though was soon usurped by the returning Michael Dunlop by 0.853s.

The NW200 marks the Tyco BMW's first race outing since the death of elder brother William at the Skerries 100 last year – and he comes into the event carrying a small wrist injury after a crash in a test last week. Dunlop lowered the benchmark to 4m26.996s with 10 minutes remaining, though Harrison soon regained control by 0.153s.

A final effort of 4m26.413s secured provisional pole for Saturday's SBK races for Harrison, with Dunlop trailing 0.531s in second ahead of 24-time NW200 winner Alastair Seeley on the Paul Bird Ducati. Lee Johnston was fourth on his Ashcourt Racing BMW, with the ‘world's fastest road racer’ Peter Hickman completing the top five on the Smiths BMW.

Reigning SBK class winner Glen Irwin's first road outing on the Bournemouth Kawasaki proved tricky, and he was four seconds off the pace of fellow ZX-10RR runner Harrison in seventh. Michael Rutter was ninth on the Bathams RC213V-S MotoGP replica, while John McGuinness's first session at the NW200 since his '17 accident ended in a low-key 20th as he completed just three laps.

Seeley led the Supersport times at the start of the day on his EHA Racing Yamaha with a 4m37.037s, with Johnston and Bournemouth Kawasaki's James Hiller shadowing him. Dunlop (MD Racing) and Harrison rounded out the top five, while Hickman was sixth on his Trooper Beer Triumph despite stopping his bike early on his final lap.

Hickman set the pace in the Superstock session with a 4m25.891s lap, despite having never ridden the STK version of the new S1000RR beforehand. The Smiths rider, who won in the class last year, set the early at 4m26.139s, before cementing top spot with his final gambit.

BMW stablemate Lee Johnston was 1.4s adrift, with Hillier completing the top three ahead of Rutter on the Bathams BMW and Dunlop on his own MD Racing-branded S1000RR.

Irwin's struggles continued on the Kawasaki in sixth in the STK session, while road racing debutant Richard Cooper – a frontrunner in the British Superstock series – was just under half a second further back in seventh on the Hawk Racing Suzuki. Harrison was eighth, while Honda's Ian Hutchinson – who was eighth in the SBK session – just missed the top 10 in 11th.

Jamie Coward (KTS Racing) sealed provisional pole for the Supertwins class, after beating KMR's Rutter to top spot with a lap of 4m57.829s aboard his KTS machine.

Former MotoGP rider and double NW200 winner Jeremy McWIlliams was fifth fastest despite a mechanical issue on his KMR Kawasaki, while McGuinness was 20th as he gave the new Norton Superlight its first official outing.

You can follow all the thrills of motorbike road-racing highlights on Motorsport.tv here.