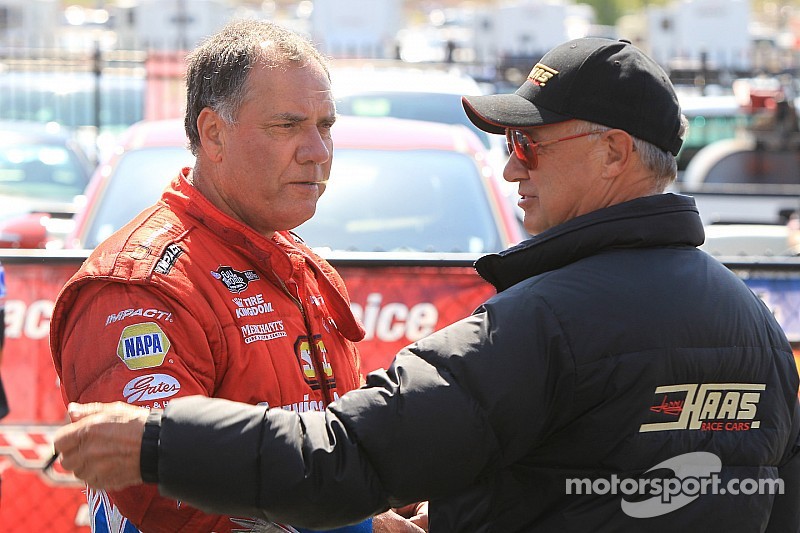 Round 3 of 2014 championships features dual Saturday and Sunday enduros.

Following a full day of unofficial testing and an evening welcome reception and awards presentation on Friday, The Stuttgart Cup and Mission Foods GT3 Cup Trophy USA will race at Road Atlanta for the second and final time this weekend with twin enduro races today and Sunday, July 26 - 27.

The two Porsche-based series officially raced together for the first time in The Mitty at Road Atlanta in April to kick off the 2014 Stuttgart Cup/Mission Foods GT3 season.

The return visit to Georgia this weekend includes practice and qualifying sessions and 75-minute enduros both today and Sunday. The Stuttgart Cup and Mission Foods GT3 will also race in their own and exclusive run group throughout the weekend.

Open to Porsche Caymans and Boxsters, The Stuttgart Cup has grown rapidly in just its second season of competition. Partnering with Mission Foods GT3, which has been a fixture on classic and historic race weekends for the last several seasons, was an ideal collaboration that has attracted strong competitor interest. The field this weekend is larger than the entry for last April’s Mitty.

On the Mission Foods GT3 front, three Porsches from Orbit Racing are among the notable entries.

Steve White will be driving the No. 39 Porsche 997 Cup car, a 2010 model, while fellow Floridians Johnny and Terry Gray also have a pair of Porsche 997s at Road Atlanta.

The Stuttgart Cup anchors the weekend’s lineup with the most entries.

Keith Faver had a career weekend at The Mitty where he won his first race in any category. He edged Bill Riddell for his first series victory in his No. 25 Gulf/Wyer Porsche-themed Cayman S in The Mitty’s Saturday sprint. The win capped a perfect podium weekend for Faver who also finished third in a night race and a one-hour enduro.

Dominique LeQueux made his Stuttgart Cup debut at The Mitty and is returning to Road Atlanta this weekend. He was a first-time pole winner in Saturday qualifying at The Mitty and looks for his first race win Saturday and Sunday in his red No. 30 Cayman S that pays tribute to the MOMO Porsche 935 and 962 race cars.

Other top Stuttgart Cup competitors Road Atlanta bound include early-season points leader Riddell in his black and white-striped No. 05 Cayman S. Riddell was officially crowned the 2013/2014 Stuttgart Cup Winter Series Champion at the Friday night get together that was hosted by Jerry and Laura Peters at their Porsche Collector garage.

Matt Dicken and Joe and Joey Sullivan were also among Friday night’s award recipients. Dicken is racing this weekend in his No. 207 silver and black Cayman S and the Sullivans will share their popular No. 14 Cayman S that runs the livery of the famous Holbert Racing/Lowenbrau Porsche 962s.

Debuting Stuttgart Cup competitors include Wayne Wilkerson in the Darrell Fancher-owned yellow-and-red striped No. 139 Cayman S that sports a livery inspired by the Martini “Psychedelic” Porsche 917K.
Also making his first series start is returning veteran competitor Tom Coleman who will be driving the No. 07 The Winning Collection/TWC Motorsport Cayman S. Coleman has competed in road racing for over 25 years but returned to competition for the first time in over 14 seasons just last month.

Both The Stuttgart Cup and the Mission Foods GT3 Cup Trophy USA by Car Amigo are managed by Americas Cup GT  L.L.C. Both championships are sprint and endurance series with The Stuttgart Cup open to all Porsche Caymans and Boxsters and Mission Foods GT3 open to all 2000 and later Porsche 911 GT3s and related models.  Rules for both series are centered on power to weight ratio. All competing Stuttgart Cup cars must compete with stock make and model engine and transmissions with approved allowances for exhaust and intake modifications.

Stuttgart Cup organizers also welcome all competitors with existing race-prepared Caymans or Boxsters to compete with body and engine modifications balanced within series power to weight ratio parameters. All such competitors will not be eligible for championship points or class-designated race wins, but the door is always open to all Cayman and Boxster competitors to get in on the action.