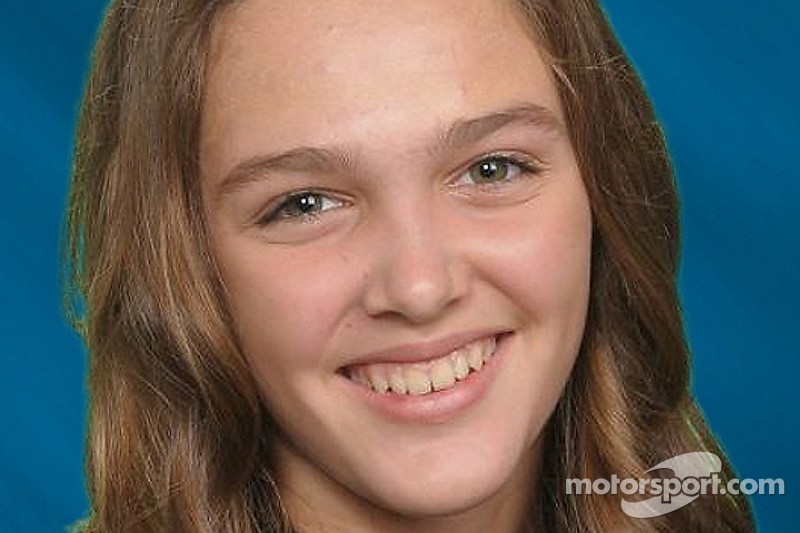 The death Sunday of Kierstin Eaddy, 14, shows that there are no guarantees at even the safest type of motorsports activity.

Wearing full safety gear, and competing at a Sports Car Club of America-run autocross in the parking lot of Texas Motor Speedway north of Fort Worth, the experienced teen had just finished a run in her Formula Junior kart when, for an unknown reason, she wasn’t able to stop. She hit a cable barrier, then continued into an open field. Emergency workers on the scene were at her side immediately. She was transported by helicopter to Harris Methodist Hospital in Fort Worth, where she was pronounced dead.

This account is from a participant in the autocross: “I saw the girl pass the finish, went back to talking with the other drivers, then looked back towards the girl after hearing her hit the cable (it threw her helmet off violently). The kart kept driving into the field past the fence for nearly a hundred yards. People were already running to help her as soon as she went off course but it was painfully obvious that her neck was broken and she was badly hurt. The emergency crew responded quickly, ambulances and care flight arrived within minutes but there was little they could do.”

Early speculation is that the throttle stuck, but speculation is all that is. Kierstin and her father, Todd, are well-known in the Texas region of the SCCA, and participated in other sports car activities sanctioned by other organizations, such as Equipe Rapide. Todd operates a tire dealership and has helped sponsor many events, and offered discounts to racers. Kierstin, he said, had been racing for seven years, and had won championships.“

All of us at the SCCA are shocked and saddened to hear about Sunday’s tragic accident involving Kierstin Eaddy.

She had been participating in the SCCA Formula Junior kart program for years. The program was designed to get more young people involved in autocross. Lisa Noble, SCCA President/CEO issued the following statement: “All of us at the SCCA are shocked and saddened to hear about Sunday’s tragic accident involving Kierstin Eaddy. We are a Club of families, and are shaken by the loss of this young competitor. Personally, and on behalf of the SCCA, my heartfelt condolences go out to Kierstin’s family, friends, and the participants at Sunday’s event.”

Kierstin, from Flower Mound, Texas, a Fort Worth suburb, was a straight-A student, and often volunteered in charity causes. She was also a runner and participated in multiple track events.

Though her father, Todd, was quoted as calling this a “freak accident,” there’s no doubt the SCCA will be under scrutiny, and the organization itself scrutinizes the Formula Junior kart program.

Not the first teen death on track

Kierstin’s death follows the death last March of Niokoa Johnson, 15, a first-time racer at Bubba Raceway Park in Ocala, Florida. The track is co-owned by Todd “Bubba the Love Sponge” Clem, a radio personality and former drivers whose own son began driving sprint cars at age 11. Niokoa died when she crashed her race-prepared 1997 Nissan Sentra into a barrier on the dirt oval track as she was making her first laps around the speedway. She was not wearing a HANS or other head and neck restraint device.

Her death came less than two years after 12-year-old Tyler Morr was killed at Auburndale Speedway, a paved oval in Florida, when his “Kid’s Club” car spun and crashed into the wall. Tyler was not wearing a HANS device. Many short tracks do not require them.

Motorcycle racing has also had a handful of fatalities among young riders. Last month ,Austin Mincey, 14, of Bethelridge, Ky., crashed his dirt bike during a race in Indiana and was transported by air ambulance a hospital. He died after being removed from life support. In February, a 14-year-old motocross rider was killed in New Zealand when he took a jump and fell from his Suzuki.

In May, 16-year-old Bradley Hooper was killed in a motocross crash in England. In 2012, Christopher Jantz Grodzicki, a 16-year-old motocross rider from California, was killed while racing in Florida. And in 2010, Peter Lenz, 13, fell during a warm-up lap at the MD250H race of the Red Bull Indianapolis Grand Prix. He was struck by another rider, 11-year-old Xavier Zayat. Peter later died from his injuries.

That said, research shows that far, far more teens have been killed in illegal street races, either as participants or spectators, than in sanctioned competition.