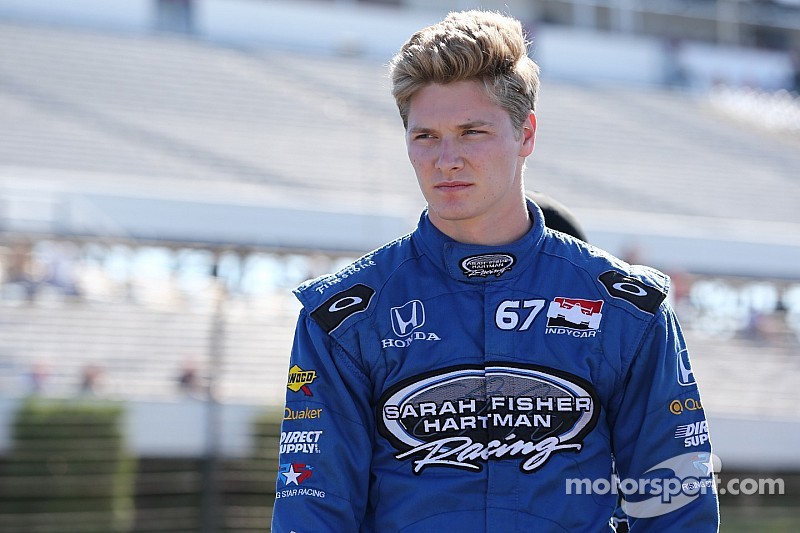 Verizon IndyCar star Josef Newgarden, the only American to ever win in the famed Formula Ford Festival at Brands Hatch, has been confirmed to participate in the Sports Car Club of America Formula F 45th Anniversary at Barber Motorsports Park, August 9-10. Newgarden will race on Sunday in a Honda-powered Piper Formula F, and participate as a speaker in the Formula F birthday celebration on Saturday night.

Newgarden will take a break from his current job as the driver of the No. 67 Sarah Fisher Hartman Racing Honda to return to his roots for the weekend. The prestigious Team USA scholarship selection in 2008 allowed Newgarden to win the Formula Ford festival (Kent class) and spend a season racing in the British Formula Ford series, among other rides. The Nashville native returned stateside in 2011, and began his IndyCar career in 2012. He fills the seat with help of Honda Performance Development, a presenting sponsor of the event.

Newgarden just wants to have fun

“This event is going to be fun for me --I’m thankful for SCCA and to HPD for helping me to be a part of it,” Newgarden said. “I’ve raced at Barber in an IndyCar, and it’s going to be fun to race in a Formula F. It’s a chance to go back to where this all really got started for me, and to race against some good drivers who do this quite often with SCCA. I’m looking forward to it.”

The 24-year-old racer will join an event that includes some of the best current Formula F racers in SCCA, as well as Club Ford, vintage Formula Ford, Formula 500, Formula Vee and Spec: RaceAtom on the weekend.

“As a Formula Vee driver participating in the weekend myself, I’m honored that Josef is joining us for the event,” Lisa Noble, SCCA President/CEO, said. “HPD was the key in getting Josef to Barber to race, and we’re thankful to them for the support.”

More information on the Sports Car Club of America is available at SCCA.com.