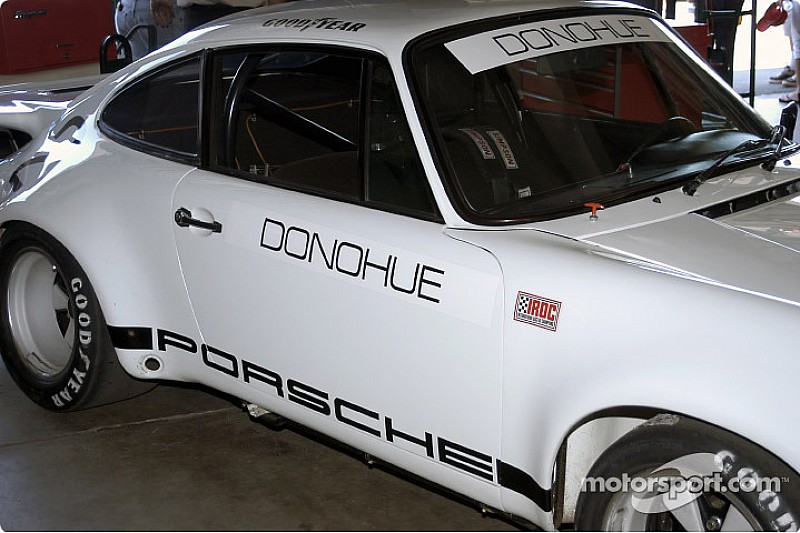 To be presented at dinner at Rolex 24 at Daytona.

The award is named for RRDC member and former president Mark Donohue, who won his first National Championship in the SCCA E Production class in 1961, and then went on to become one of the U.S.A.'s greatest racing drivers. He won the Indy 500, the Can-Am Championship, three Trans-Am Championships, and the IROC Championship. He lost his life at the 1975 F1 Austrian Grand Prix.

Grenier won his first SCCA National Championship Runoffs title following a spirited battle in the closing laps of the 20-lap Formula F race at Mazda Raceway Laguna Seca in Monterey, Calif., on Oct. 10, which included three full-course cautions. His outstanding drive was judged the performance of the weekend by the 17 RRDC members present (and watching on-line) who constituted the RRDC Donohue Award selection committee.

Starting second in the No. 21 Ski Motorsports/Hoosier/ELR/KDD Citation Formula F Honda, Grenier immediately took the lead from polesitter Tim Kautz, earning him the GoPro Hero Move of the Race Award. He was then challenged for the remainder of the race, which included three restarts, by Max Mallinen and Chuck Horn. Each of the three took turns leading, until the final laps, when Grenier took over first place, Mallinen spun and Horn chased Grenier to the finish. Kautz was eliminated early in an incident which brought out the first full-course caution.

Grenier crossed the finish line 5.121 seconds ahead of Horn to win his first National Championship in five tries. "I went out there fully expecting to win, or at least be in the top two," said a confident Grenier, who drove solo from West Virginia to Monterey, towing his car and three customer cars to the West Coast. "I figured my biggest competition would be Tim Kautz and maybe a couple of the local guys, but after qualifying second, I knew they were going to have to fight me for this one.

"I didn't expect Tim to go out so early and I didn't expect Max to be that fast, either. When he finally spun, I was so excited and I could finally breathe and just put some laps into finishing this thing."

RRDC president Bobby Rahal, a Runoffs champion long before he won the Indianapolis 500 ('74 B Sports Racing and '75 F Atlantic), emphasized the RRDC Mark Donohue Award is "about personal spirit and performance behind the wheel. Those qualities are more important for this award than winning the race.

"The RRDC honors Jeremy not only for his outstanding drive to win, but for how he supports the racing community through his car preparation," added Rahal, who personally called Grenier to give him the news that he'd won the award. "He not only drove cross country to get to the Runoffs, he drove a flawless race against a very competitive field."

As for winning the championship, "It's something you work for for so long and to actually have it come true is very exciting. I really haven't slept very well." said Grenier.

"Winning the RRDC Donohue Award is special. To be recognized by my peers for the effort I put forward and the year I've had is quite special. I didn't even think about any awards until I was told I had won it. It hasn't fully sunk in yet. It's pretty impressive."

Grenier runs Ski Motorsports in West Virginia, where he's "kind of a do-it-all," he said. "I am the truck driver, the logistics guy, the prep guy, the shop guy. It's basically a one-man show and I prepare multiple cars."

Every year, the RRDC Mark Donohue Award trophy is an engraved glass top mounted on a special, racing-experienced wheel, provided through the efforts of an RRDC member. This year's wheel was donated by Bobby Rahal on behalf of Rahal, Letterman, Lanigan Racing. It competed throughout the 2013 season on the No. 15 Midas Honda Dallara driven by Graham Rahal in the Verizon IndyCar Series, and part of the 2014 season. It was used for the last time on the No. 15 National Guard Honda Dallara at Race 2 at Detroit in 2014. Rahal started 14th but was crashed out when Will Power hit Josef Newgarden who then crashed into Rahal. This crash caused Justin Wilson to run into the back of Rahal thereby hitting the gear shift sensor which made the car unable to shift. Rahal made it back to the pits where the team changed tires, wheels, and the gear stack as well. Rahal left the pits several laps down in 21st, where he eventually finished the race.

The award will be officially presented to Grenier at the annual RRDC members' dinner at the Rolex 24 at Daytona in January, 2015.