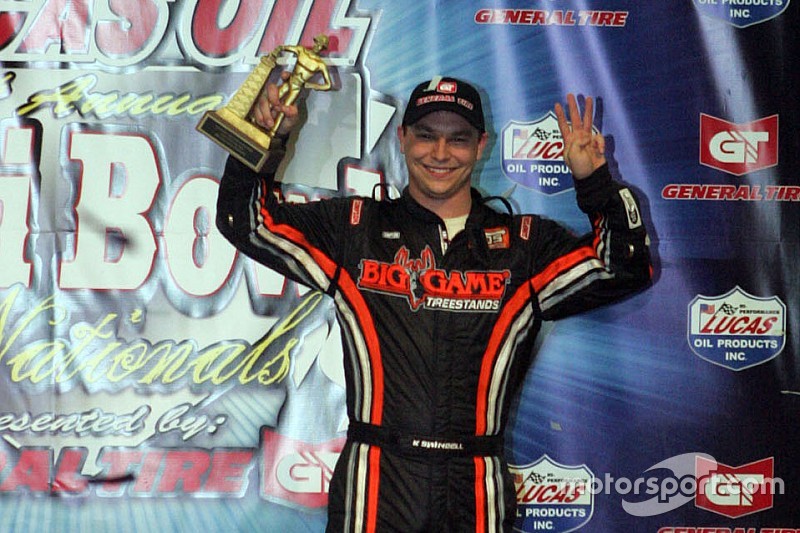 The 26-year-old racer underwent a second successful surgery on Monday.

The family of Kevin Swindell have released a statement in regards to the injuries he sustained in a crash last Thursday night ahead of the Knoxville Nationals. Swindell's sprint car flipped in a multi-car accident during in the first heat of the night (Video).

Since then, the 4x Chili Bowl champion has undergone two successful surgeries and remains at Des Moines Mercy Hospital.

"Kevin underwent surgery today at Des Moines Mercy Hospital to address one of two fractures he suffered in his back following last week's accident at Knoxville Raceway. Both surgeries have been successful and the doctors are heartened by his progress.

"The doctors are also running tests on and monitoring a spinal chord injury that Kevin received during the accident.

"We realize there is a long battle ahead, but Kevin has remained positive throughout the process and is prepared to fight to regain his health. We're all hopeful for a Friday discharge and the next steps to recovery.

"We would like to especially thank the doctors, nurses and the staff at Des Moines Mercy Hospital for their outstanding work and the care they have provided for Kevin. Additionally, we want to let the sprint car community and all of the fans who have reached out to the three of us know that we are grateful for your ongoing support, prayers and donations.

"We remain optimistic about Kevin's progress and will provide updates as they become available."

Fans have taken to Twitter to support Kevin, using the hashtag #BulldogStrong. Others have already raised thousands of dollars for the young racer, who also has 46 starts in the top three national series of NASCAR.