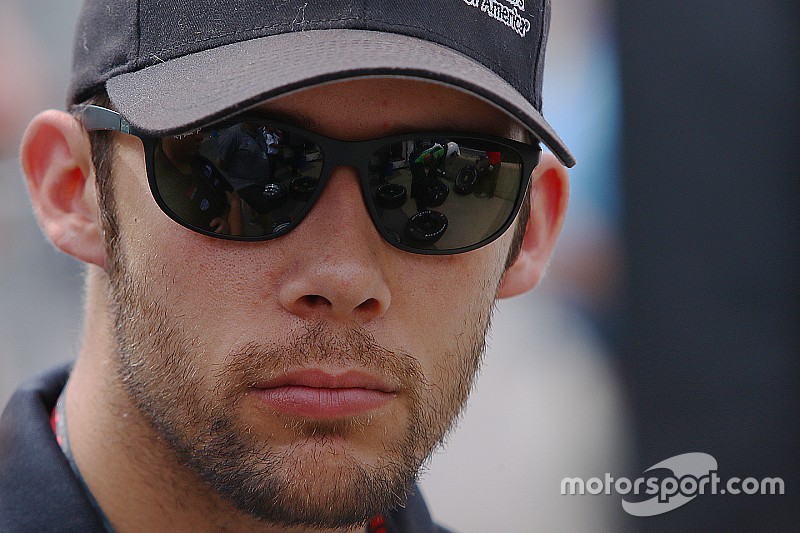 As the Bryan Clauson benefit auction was scheduled to end, competitors were still bringing last minute items to add to the list.

A nose cone. A driver’s suit. A helmet signed by the 2016 Knoxville Nationals field. The memorabilia kept coming for both live and silent bids faster than the auctioneer could rifle off lot numbers.

That’s what the racing community does. When one member of the family is hurting, everyone shares the pain.

“We were sitting there at the auction and the stuff just kept pouring in,” says Tony Stewart, who added his autograph to a piece of sheet metal after it was sold. “People kept pulling things from their trailers. But that’s just the way it is. Racing is just that way in general.

“When Ryan (Newman) does his event event, you’ll see everyone in NASCAR support it. Or if Kevin Harvick has an event or Ryan (Truex Jr.) and Sherry (Pollex), we all rally around it. But Bryan’s deal today? That started just two days ago — and that’s why items are coming in at the last minute. But that just shows how much everyone rallies around it.”

Another event for a good cause

Across the lot, the day’s second auction was starting. Although the Kick-It (for Cancer) Cup kickball game that Stewart and Jeff Gordon were coaching was cancelled due to rain, the fundraiser rolled on inside of the Dyer Hudson Media Center.

Along several banquet tables the silent auction featured a pair of Jeff Gordon’s driving shoes, a piece of sheet metal from Kyle Larson’s Cup car and the wing from a sprint car, signed hats, Caribbean vacations and a bottle of wine from Abreu Vineyards.

“It’s cool because, since we started the kickball game, it’s something we’ve been a part of and the go-kart deal (Thursday),” Stewart said. “It just shows how much was support each other. It keeps growing and getting bigger and bigger and bigger.

After the auction, Kyle Larson came into the media center to sign the items he donated and take pictures with the fans that won the items.

“The racing community is just one big family,” Larson said. “When anything tragic happens, it’s sad. But it’s also cool to see how it brings everyone together to do what they can to help out the families of the injured person — or in the case Bryan, who was a great person, a great racer and amazing with Owen (Larson’s son). Katelyn (Sweet, Larson’s girlfriend)... Lauren (Stewart, Clauson’s fiancee) is her best friend.

“It hit us pretty hard, all that went on. So anything we can do to help them means a lot to us.”

Dealing with the loss

On Tuesday, Stewart also lost another racer who was close to him, Larry Howard. Stewart considered the Midget team owner — and his former crew chief — to be “a second father” to him. Although several people close to Stewart were concerned that Howard’s passing so close to the loss of Clauson would be devastating to the driver, he acknowledged there wasn’t a better place for him to heal than at a race track.

“If you’re going to have a tragedy like (Clauson’s), this was the week to follow that because you’re with everybody — your extended family,” Stewart said. “When you have a bad week like that — and everybody has been checking on me — it’s like, ‘I’m as good as I can possibly be because I’m around everybody that I love.'

“I couldn’t have a better support system than being around all the people that you see every week that you race with. Fans will never understand the bond that racers have with each other. It doesn’t matter. Someone had a problem in Australia and we donated some stuff for it. That is just what you do. It’s what we all do.”

What off-week? Kyle Larson gearing up for Knoxville Nationals