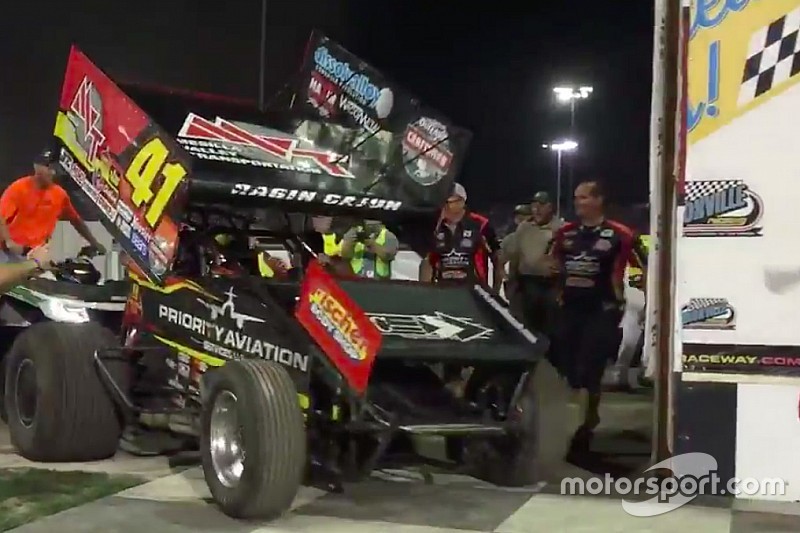 The 56th running of the event is one that won't soon be forgotten, that's for sure.

The 'Ragin Cajun' took on the nine-time winner of the event and defeated him in a thrilling battle. The two swapped the lead multiple times as they negotiated lapped traffic in the closing moments of the race.

The first 25 laps of the 50-lapper was all Schatz, but things took a turn after the halfway break. Johnson took control of the race on Lap 27, but Schatz took several shots (pun intended) at him in the final ten laps, retaking the lead on Lap 44.

With four laps remaining, contact was made, but they raced on. Johnson gave Schatz little room, but just enough to avoid a crash.

In the final corner, Schatz threw it off into the corner for one last Hail Mary, but Johnson got the run up top and edged him at the finish line by a mere car length.

"I felt bad for crowding him, but shit I wanted to win!" An ecstatic Johnson said in Victory Lane.

DeJoria takes to the skies

Was Bottas doomed to lose at Mugello?