Ward death still having an impact on Canandaigua Motorsports Park 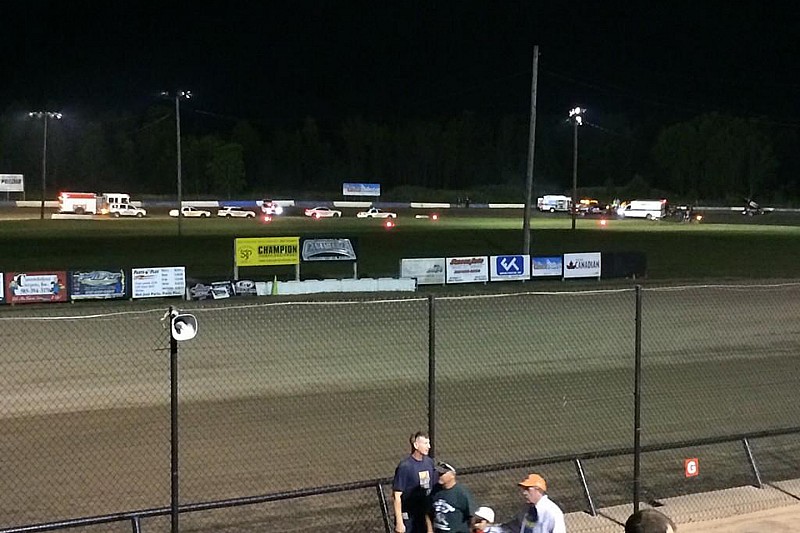 It's now been a full year since the death of Kevin Ward Jr. We returned to the scene of the accident at Canandaigua Motorsports Park.

Before the race, a moment of silence was held in remembrance for Ward at the drivers' meeting. It was a small tribute as focus quickly shifted to the battle at hand. There have been many tributes since his death, even a memorial race, but it seemed like business as usual last night – at least on the surface it did.

Earlier this week, track promoter Jeremie Corcoran declined comment to us about the anniversary. Then on Saturday, it was announced that Corcoran is walking away from his lease and resigning, effective today.

It was a solid, rather uneventful ESS race with Steve Poirier emerging victorious in the A-Main, but prior to the action getting underway, we approached some fans to get their opinion on everything that's taken place over the last year.

Most shied away from the sensitive topic, but others weren't as timid and wanted to offer their thoughts.

'It will always feel different now'

"You can just feel it, you know," explained one fan, a local resident of Canandaigua. "Everybody knows what went down in this place and it will stain this dirt for some time, but we didn't come here 'cause of that. We came here 'cause we love this track and we want to watch some racing, but it will always feel different now."

Another attendee expressed his concern for Tony Stewart's well being: "We've all had the chance to move on from that deal, but not Tony. He's got to be dragged through more legal stuff and it's sad that it just can't end for him and he can't be allowed to move on. It was a terrible accident, that's it."

He was of course referring to the recent news that the Ward family has filed a wrongful death lawsuit against Stewart.

There was a group of spectators that were a bit more negative towards the NASCAR star with one stating as the others agreed, "I don't want to talk about it but it just sucks that he didn't get in no trouble or nothing like he should have."

A second added, "This place gives ya a bad taste in your mouth because there wasn't justice."

Lastly, we encountered a woman who was actually present that night and felt for all involved: "It's hard to get past something like that and we are just the people watching. What about the family and Stewart too?

"How can either of them deal with that? I couldn't imagine being in their shoes. It's got to bother them both something fierce."

If I didn't know any better, this would have just been another standard dirt race on a Saturday night, like so many others that I've attended before. I was born and raised in Syracuse so this is far from the first time I've visited Canandaigua, but this race felt off.

It was a status quo night and there was nothing abnormal about the race itself, but the events that transpired last year still lingered in the thoughts of most everyone present. You could sense it under the veil of what was happening out on the track.

The death of Kevin Ward Jr. had a profound impact on his family, friends, and of course Tony Stewart – that's a given. But no matter how much time passes, there's no denying that it also left an indelible mark on this little dirt track over on County Route 10.