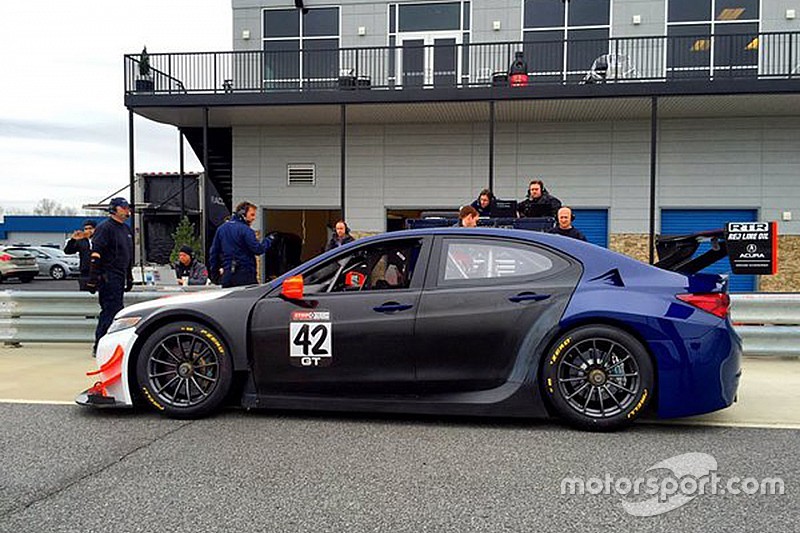 Switching from all- to rear-wheel drive should see the TLX make a major leap in performance, according to Acura Motorsports’ team leader Lee Niffenegger.

The TLX GT won on the streets of St. Petersburg last season in the hands of Ryan Eversley, but this was largely credited to the all-wheel drive system’s benefits on a soaking wet track. Elsewhere, the car struggled against the more nimble Cadillac ATS-V.Rs, Audi R8s, and McLarens.

However, a switch to the lighter rear-wheel-drive setup will reap dividends according to Niffenegger.

“The 2016 season brings many technical changes to our TLX GT program to align us more closely with our competitors,” he said.

“The RealTime Racing and HPD teams have done a fantastic job sorting out the details and rebuilding the cars to get ready. We've put together a robust pre-season test plan that should have us ready to attack right from the beginning.”

Drivers ready for first round

Peter Cunningham, owner/driver at RealTime Racing which has won 14 World Challenge titles with Honda/Acura cars, noted the improved nimbleness of the TLX chassis in RWD form, as the cars have shed the weight of the front differential and transfer case.

In addition, the improved fuel economy may reduce the fuel load needed to complete the series’ 50-minute sprint races.

“I am quite pleased with our readiness for 2016,” said Cunningham after his first test run with the new configuration. "Our initial setup with the RWD TLX worked great on the tight and twisty confines of Atlanta MotorSports Park, and I'm eager for the opportunity to wheel this Acura hot rod around the Circuit of The Americas in a couple weeks."

“To see this first test run absolutely smoothly is very encouraging, and I can’t wait for the season to begin.”