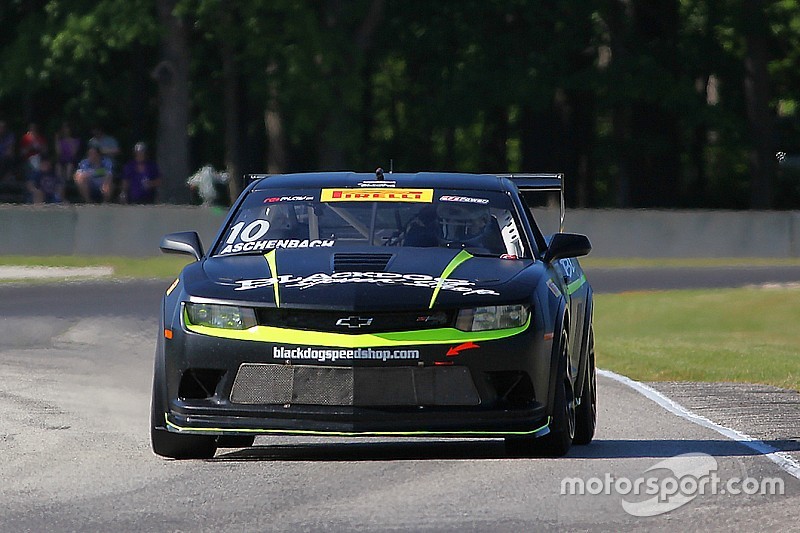 Lawson Aschenbach won the only GTS class race of the Pirelli World Challenge at Mid-Ohio, after race one was postponed until later in the year due to poor weather yesterday.

With the second row trying to make it four-wide on the run to Turn 1, fourth-fastest qualifier Jeff Courtney (Maserati) got into Buford’s right-rear, sending him hard right and smashing into the concrete wall.

While all that unfolded, Aschenbach grabbed the lead, ahead of Martin Barkey (KTM) and the Ford Mustang of Nate Stacy.

Barkey was mugged for third by Roush and Sandberg a lap later.

Another full-course caution was required when Mark Klenin spun his Maserati into the gravel on the exit of the final corner due to right-rear suspension failure.

At the restart, Aschenbach was forced to defend initially from youngster Stacy. Barkey tumbled down the order from fifth after running wide at Turn 1 on lap 15.

Sandberg found a way past Roush into third place with a great move at Turn 9, as Scott Heckert followed suit soon after for fourth.