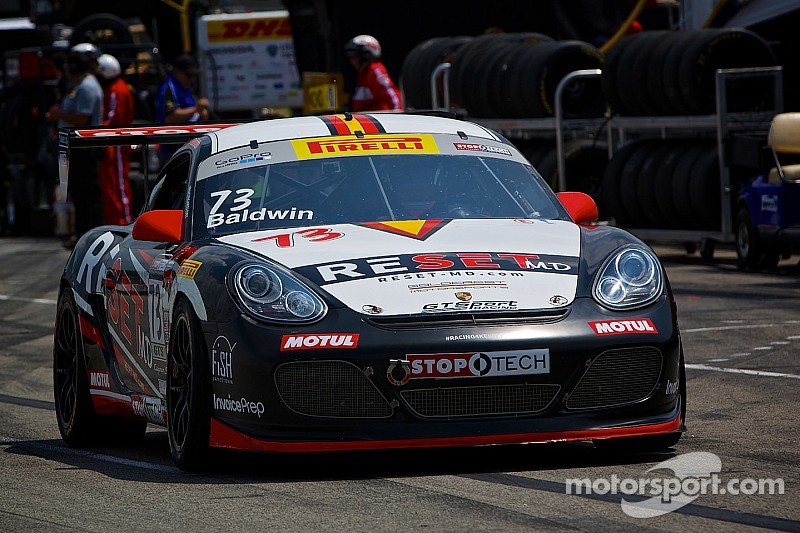 Jack Baldwin will lead the GTS field to the green flag this afternoon in his Porsche Cayman.

His second place in morning practice turned out to be a good omen for Jack Baldwin as he was able to secure pole in his Porsche Cayman for this afternoon’s GTS race for Pirelli World Challenge at Barber Motorsports Park.

Row two is occupied by Mark Wilkins’s Kia Optima and Kris Wilson’s Aston Martin Vantage GT4, and they barely missed out on the front row by .025 seconds.

Other notable drivers in qualifying include Spencer Pumpelly’s Ford Mustang Boss 302 in 5th, Lawson Ascenbach in the leading Chevrolet Z28 was 7th, Jack Roush Jr. in 14th and Nate Stacy in 15th, both driving in Boss 302 Mustangs.

Stacy is making his GTS debut this weekend while the Touring Car portion of PWC has the weekend off. What’s remarkable is that Stacy is only 15 years old, and this car “has more horsepower than all the other cars he’s raced put together,” according to his father, Mike Stacy.

The green flag for the one hour race is at 4:55 local time.