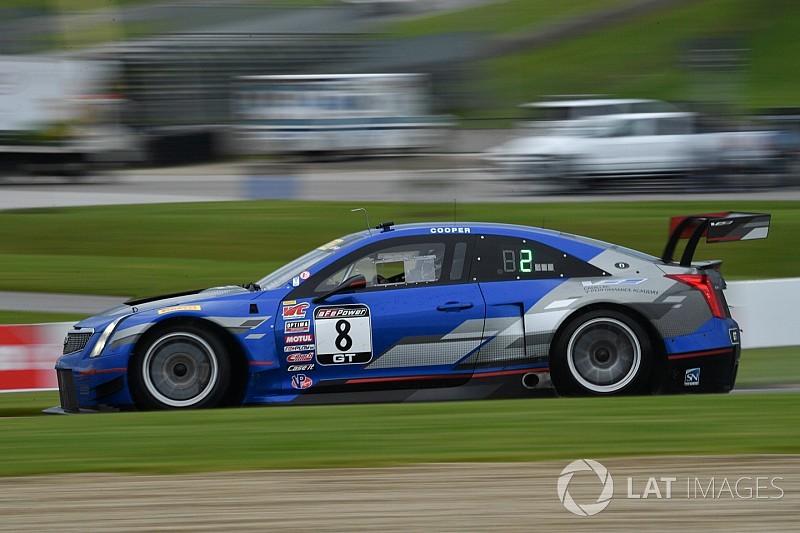 After 11 years and 332 races in the Pirelli World Challenge, Cadillac Racing has withdrawn with immediate effect.

Since the team’s 2004 arrival with the first-gen CTS-V sedan it has amassed 33 wins, 88 other podium, 25 pole positions and taken home five Drivers’ championships (one for Andy Pilgrim and four for Johnny O’Connell) and five Manufacturers’ crowns.

Mark Kent, GM’s director of motorsports competition, said: "Throughout 11 years of competition with Cadillac Racing in the Pirelli World Challenge Series, we have taken tremendous pride in our successes…  We also have taken tremendous pride in the level of technology transfer that has occurred between the Cadillacs competing on track and their showroom counterparts.  This technology transfer has helped make the Cadillac ATS-V and CTS-V production models very track-capable and athletic."

Added Rich Brekus, global director of product strategy for Cadillac: "In 2018, we will take a pause in Pirelli World Challenge as we focus completely on our effort in prototype sportscar racing. However, we maintain a regular and open communication with Greg Gill, the World Challenge CEO, and hope to one day return to the Series in some form."

Gill himself stated: “We, at WC Vision, wish the Cadillac brand all the best in its future racing endeavors. Cadillac has been a valued partner for many years. The Cadillac participation in the Pirelli World Challenge has left a legendary mark in series history with numerous GT driver, team and manufacturer championships through the years.

"In addition, Cadillac’s marketing activation and support grew concurrent with the Series over the past five years. With the continued expansion of customer-based racing in the Pirelli World Challenge, we know our competition level has grown each year and believe those ideals will increase the PWC fields. We hope to see Cadillac back in the Pirelli World Challenge in the near future."

Michael Cooper and co-pilot Jordan Taylor earned the first-ever SprintX Driver Championship honors this year, and Cooper ended Cadillac’s season in style by sweeping the double-header at Sonoma two weeks ago. Cooper and O’Connell finished second and sixth respectively in the drivers’ championship this year.