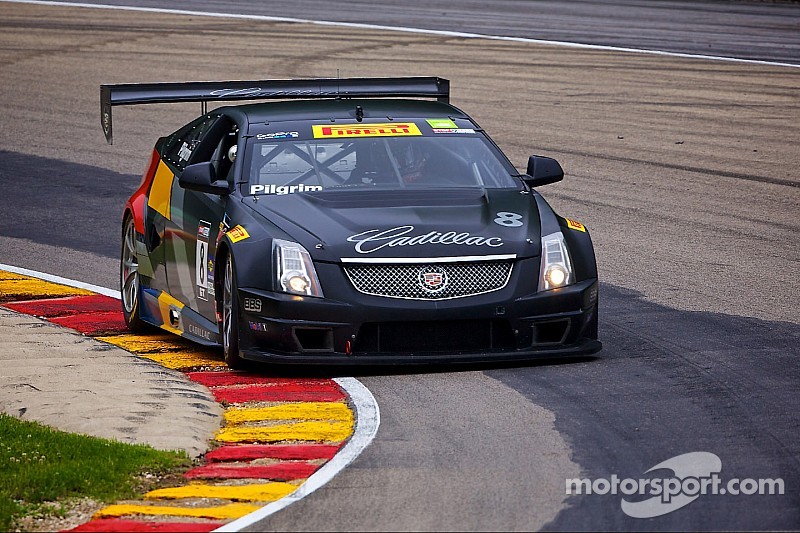 O'Connell still in control of the GT points.

Cadillac Racing is headed to the penultimate weekend of the Pirelli World Challenge Series for the Cadillac Grand Prix of Sonoma to run at Sonoma Raceway, Aug. 22-24.

Johnny O'Connell and Andy Pilgrim come into rounds 13 and 14 of the 16 race series with high hopes. O'Connell has managed to hang onto his points lead, a slim 82 points margin to second. Pilgrim is currently fifth in the GT point standings and comes to Sonoma as the defending race winner. With just two weekends remaining, four races, the manufacturer points have Cadillac leading by three points over Audi.

The 2.3-mile, 12-turn circuit located at the gateway to California's wine country is a favorite for both Cadillac Racing drivers. O'Connell was an instructor at the track, back when it was known as Sears Point and Pilgrim got his first professional win at the circuit located 40-minutes north of San Francisco.

"I had a great win at Sonoma last year and I am looking forward to another good race this weekend," Pilgrim said. "Mid-Ohio and Toronto have shown us that we are no longer competitive for race wins. Johnny and I are running lap times around eighth and ninth quickest and we are doing well to finish fifth and sixth. Unfortunately we will probably be in the same boat for Sonoma, but we will be running flat out to over achieve again. Sonoma is the track where I won my first professional race back in 1986 in a Pontiac Trans-Am in the Firestone Firehawk Championship."

"We will have to watch many good drivers and cars this weekend around Sonoma," Pilgrim continued. "I think the Porsches, Audis, McLarens and Lamborghinis will all be tough.  As far as drivers, Johnny and I were qualified on the same tenth of a second in eighth and ninth at Mid-Ohio, having run the fastest laps our Cadillac CTS.V.Rs ever ran at that track."

O'Connell has as many laps as anyone at the track he knows as Sears Point. He was an instructor there for two years.

"This has been a tough year," O'Connell said. "No doubt. At Mid-Ohio our best lap was 1.3 seconds behind the leading GT-3 cars. The only place we've been strong was Long Beach and Detroit where the corners are mostly second gear. The three adjustments (balance of performance) have basically taken us out of contention. We have been able to hang on to the championship by luck with the rain at Mid-Ohio and a lot of yellow running at Road America. It's frustrating."

"Anyone in an Audi should be tough at Sonoma," O'Connell continued. "Anthony Lazzaro in the Ferrari should be strong and Ryan Dalziel, of course, in the 31 Porsche. I think the McLarens are right on the edge of getting it right, so Alex Figge could be one to watch."

"My favorite Sonoma story is one from years ago," he said. "I had a friend, who now works for Ford, ask me if I was taking Turn Ten flat out (the old configuration).  I told him that I did not lifting through that turn. At the start of the next session, on the second lap, he tries it flat and of course wrecks big time and blames me. Guess I should have told him to work up to it."

The weekend's races from the Cadillac Grand Prix of Sonoma will air on NBC Sports Network, Sat., Aug. 30 at 1 p.m. and will be streamed live at worldchallenge.com.