Cindric and Bove team up for Mid-Ohio weekend 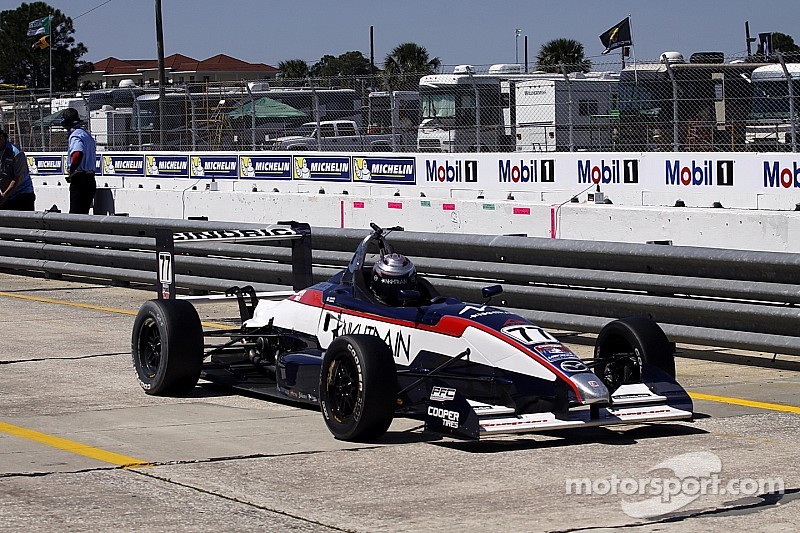 World Challenge president will race in his own series.

Rising young American star Austin Cindric (in photo in his USF2000 car) will make his Pirelli World Challenge debut at the Mid-Ohio Sports Car Challenge Presented by StopTech weekend. He'll be in an entry that will raise awareness and funding for the Special Operations Warrior Foundation. Pirelli World Challenge President/CEO Scott Bove, of Conifer, Col., will race the car in Saturday's Round 11 with Cindric taking over on Sunday for Round 12.

Cindric, 15, plans to race a rare quadruple header during the Mid-Ohio weekend. In addition to his three scheduled USF2000 races, which is his primary program for the 2014 racing season, Cindric has been added to the driver lineup of the No. 55 Special Operations Warrior Foundation Ford Mustang Boss 302S for Sunday's Round 12 of the 2014 Pirelli World Challenge GTS Championship.

A native of Columbus, Ohio who now lives in Mooresville, N.C., Cindric has experience at the Mid-Ohio track, as well as with the car he will be piloting having raced a similar Ford Mustang 500R at Miller Motorsports Park. Besides his USF2000 program, Cindric is also competing in the Red Bull Global Rallycross' GRC Lites category this season, and has recently tested other forms of machinery in an effort to broaden his career horizons. Running a Pirelli World Challenge Mustang is merely his latest endeavor.

"Racing one race in one weekend is pretty cool, but doing four at a track like Mid-Ohio is a pretty awesome opportunity. And anytime you're helping someone while you're driving, it's a win-win situation," Cindric said. "The car diversity will be a great test of how I can drive, what I can drive and see how I can do," he added. "I'll take it like a normal weekend. When my third USF2000 race is done I can really focus and look at the data, figure out what I need to do, and have fun."

Capaldi Racing will prepare the Ford Mustang Bove will make his first series start since last year's Circuit of the Americas race weekend in Austin.

"I'm looking forward to teaming up with Austin, Brad Adams and Capaldi Racing at Mid-Ohio raising some good awareness and funding for the Special Operations Warrior Foundation," said Bove. "The SOWF has a special place in the hearts of the series. They do excellent work for the families of the men and women that have served for our country and we want to help give back to honor their efforts."

Cindric, who will be a high school sophomore in the fall, will become the youngest competitor to race in Pirelli World Challenge GTS this season. He is the second 15-year-old to compete in the category in series history.