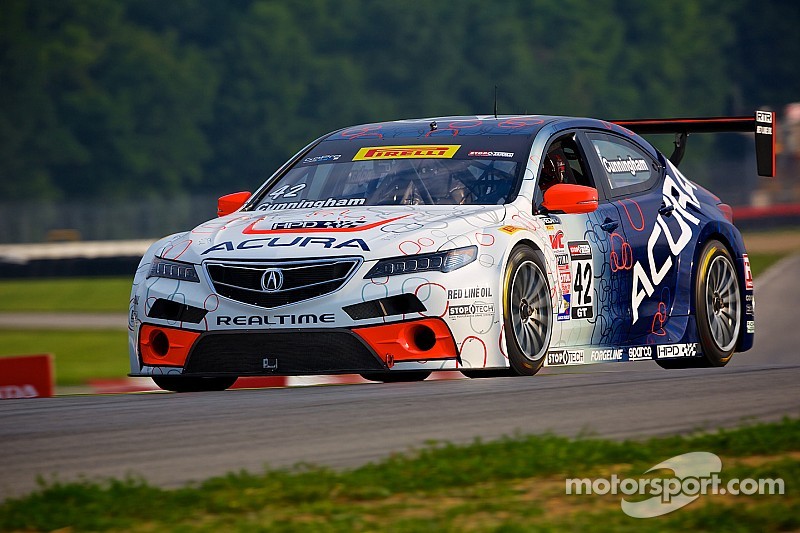 Popular CTSCC racer Ryan Eversley is making the switch to PWC in 2015.

“To say I’m excited to be joining Acura Motorsports RealTime Racing and the TLX program is a massive understatement!” Eversley said. “It’s every driver’s dream to be associated with a manufacturer, and since I’ve worked alongside Honda Performance Development for the last five years, I feel like it’s a natural progression in our relationship. We have a huge undertaking ahead of us, but after testing a few weeks ago, I can’t think of a better team to handle the challenge. I’m extremely grateful to HPD for all they’ve done for me, and look forward to more success with them.”

Prior to joining Acura Motorsports and RealTime, Eversley, 30, scored five ST (Street Tuner) class victories driving a Honda Civic Si for Compass360 Racing in the Continental Tire SportsCar Championship, finishing second in the ST drivers’ championship in both 2011 and 2013. Three of those victories came in 2014, including the final two races of the season at Circuit of the Americas and Road Atlanta.

“We are very excited to see a talent like Ryan move up the ladder from his Honda Touring Car program to Acura Motorsports and the Pirelli World Challenge,” said Lee Niffenegger, senior program engineer with HPD for the Acura effort. “He’s been very successful racing the Honda Civic Si, while also building the necessary experience in various GT and Prototype cars. We believe HPD and our partner RealTime Racing have been making huge strides with the TLX GT during the off-season, and we fully expect to give the World Challenge GT field a strong run in 2015.”

Developed from the production Acura TLX by HPD and RealTime Racing, the Acura TLX GT features HPD chassis and aerodynamic performance parts approved for Pirelli World Challenge competition. It is powered by a direct-injected, twin-turbocharged V6 engine, developed by HPD from the production model, and utilizes all-wheel drive, as found in Acura’s SH-AWD system.

Eversley will drive the #43 RealTime Racing Acura TLX GT, alongside Cunningham’s #42 machine, which made its competition debut at the Mid-Ohio Sports Car Course in 2014. Established by Cunningham in 1987, RTR has raced and won in multiple series with both Honda and Acura vehicles. Since entering World Challenge competition in 1993, the team has scored a record 85 race wins, 14 Manufacturers’ Championships and 14 Drivers’ Championships. Competing in the top category of the Pirelli World Challenge, the Acura TLX GT will be facing competition from the Audi R8, Bentley Continental, Cadillac ATS-V.R, Dodge Viper, Ferrari 458, Lamborghini Gallardo, McLaren 12C and Porsche 911 in 2015.

“The Pirelli World Challenge has a lot of strong competitors in GT, but the TLX is the only all-wheel-drive car in the category. For our four-door sedan to be racing head-to-head with the likes of Ferrari and Lamborghini, among others, is pretty cool,” Cunningham said. “After our two initial outings in 2014, we’ve already learned a great deal and we will continue to improve the car during the off-season. When the 2015 season begins, we’ll be ready to go, and we’re already looking forward to the first race, at the Circuit of the Americas, in March.”

GAINSCO to return in 2015, plan to compete in PWC

Kansas race closest of the weekend