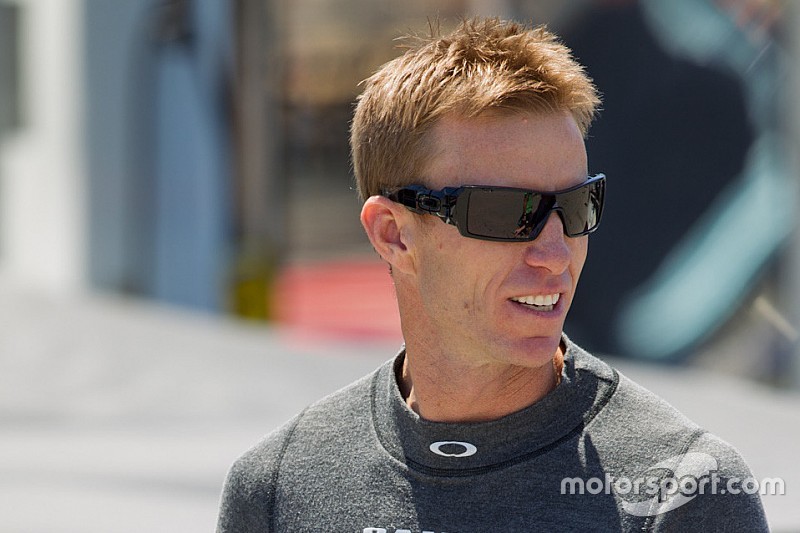 More than three years after his devastating crash at Daytona, Memo Gidley will make his comeback at next month’s Pirelli World Challenge rounds in Sonoma, driving a Porsche 911 GT3 R for TKO Motorsports.

Gidley has been through nine surgeries since crashing the Gainsco/Stallings Racing Riley prototype at high speed into a near-stationary GT car during the 2014 Rolex 24 Hours at Daytona.

The 46-year-old from Sausalito, Calif., had titanium rods and screws installed around his body, and suffered severe nerve pain as he went through the rehab process. His final back surgery – fusing vertebrae 3 to 4 and 4 to 5 – was completed in November 2015 and one year later he was cleared to return to racing.

Since then he has been competing at the karting track at Sonoma Raceway.

He said: “I have been waiting a long time for this announcement. It was a long rehab process but I always wanted to get back into the racecar and my friends at TKO Motorsports have given me this opportunity.

“I am extremely grateful for this chance in the Pirelli World Challenge.

“I want to give Dave Traitel and all of the TKO Motorsports team a big thank you for this opportunity to race at Sonoma Raceway in the big Pirelli World Challenge/IndyCar weekend,” he continued. “They have worked hard to prepare a Porsche 911 GT3 R for me to compete in one of the best GT sports car series in the world, and I can’t wait to race again.”

In May this year, Gidley tested the Gainsco/Stallings Porsche at Sonoma, an experience he described as “awesome,” and last week he tested with TKO along with the rest of the PWC field at Utah Motorsports Campus.

“It just felt great to be back in the racing paddock with a team,” he said. “I saw so many old friends and racers and they were so nice to me and the team.

“Actually, we didn’t get as many laps in testing as we would have liked. But we talked to the PWC officials and other teams to get an idea of the Sonoma races. TKO Motorsports is a growing company but it has not raced in sportscars previously. So, Dave and the crew were gathering a lot of information for the future.”

TKO Motorsports, based in Reno, Nev., was established in 2008 and competed in off-shore boat racing, drag racing and off-road racing.

“We will test again before the Sonoma race weekend and continue to learn about the Porsche and the track,” said Gidley. “I saw the lineup of top teams and drivers for the Pirelli World Challenge at Utah. It has some of the best in the world. I know it won’t be easy for me and the TKO crew. But we are excited to get our car into the action at Sonoma. It’s been a long road back for me and I believe I’m ready to go.”