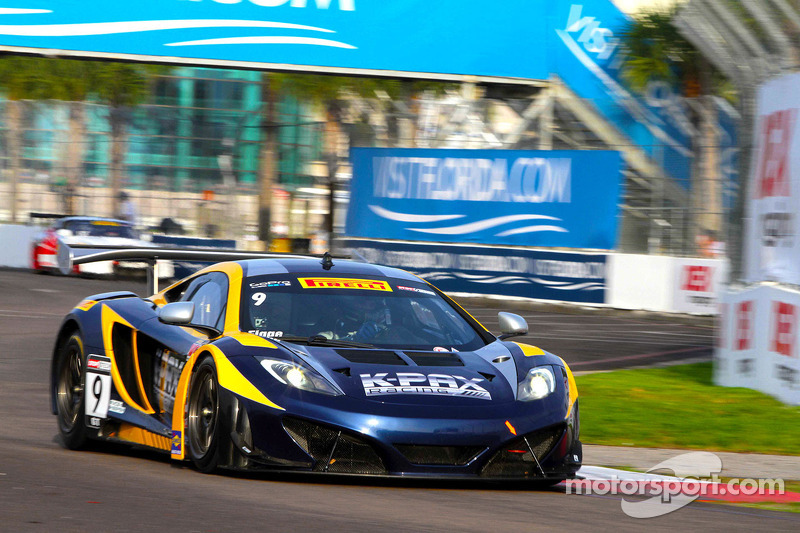 After two rounds of competition, veteran driver Alex Figge sits in seventh place in the GT class with his No. 9 K-PAX McLaren 12C GT3.

BIRMINGHAM, Ala. - Entering the third and fourth rounds of the Pirelli World Challenge racing series, K-PAX Racing, the first team to compete with closed-wheel McLaren sports cars in North American racing in nearly 30 years, will head to Barber Motorsports Park in Birmingham, Ala., this weekend for a racing doubleheader.

After two rounds of competition, veteran driver Alex Figge sits in seventh place in the GT class with his No. 9 K-PAX McLaren 12C GT3. He and teammate Robert Thorne, in the No. 6 car, will be competing on the 15-turn, 2.38-mile circuit on Saturday, April 26, and Sunday, April 27. Qualifying is on Friday, April 25.

Figge, who finished seventh two weeks ago in Long Beach, Calif., says the brand-new racecar is improving faster than expected.

“The pace is there. We had the fastest lap time two weeks ago at Long Beach. We just need to put it all together. The team, with the help of McLaren, is making big gains.”

“At Long Beach, we still had some teething issues with the new cars, but we qualified pretty close to the front, and we know we can do much more. I’m anticipating a really big weekend for us.”

“I want to be in the top-five or on the podium, and I think we can do it. We have the car – the substance – to back that up and make it happen.”

“Barber Motorsports Park is a very impressive facility and a great road course. We’re finally getting to a track that’s all spread out – with long straights, short straights, elevation and plenty of turns. I think it’s going to be a really good race.”

14-years-old and already on top