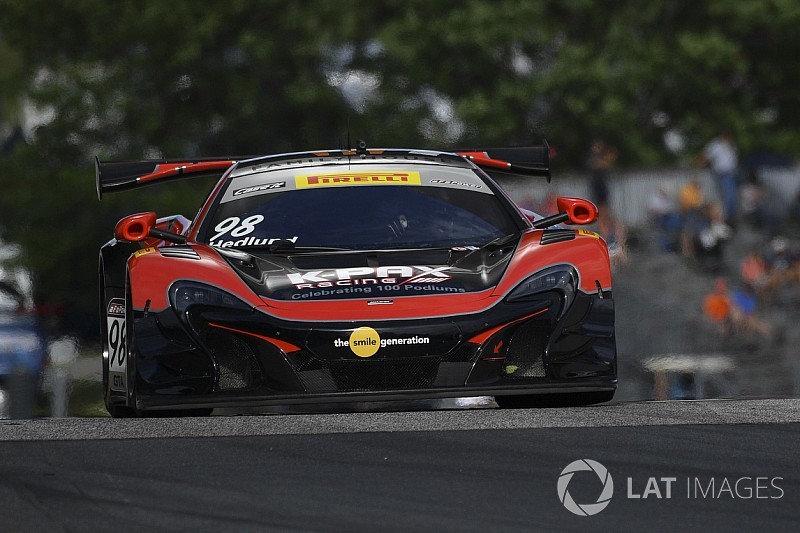 McLaren squad K-PAX Racing has revealed it will revert to a two-car team for the remainder of the 2017 Pirelli World Challenge.

The Californian squad, which ran Alvaro Parente to the title last year, has withdrawn its #98 GTA-class McLaren 650S GT3 of Mike Hedlund from the series.

Am-class racer Hedlund is 38th in the overall series’ GT points, and missed the most recent Sprint series round – understood to be unhappy with the way his car’s Balance of Performance was being judged.

Michael Lewis, co-driver with Hedlund in the series’ two-driver SprintX events, will now co-drive the #6 K-PAX McLaren with Bryan Sellers.

Lewis will replace Jonny Kane for the division’s final two rounds of action.

“It is very unfortunate both for K-PAX and for Mike that we have to withdraw his entry for the remainder of the season,” said program manager Darren Law. “He is great to work with, and it’s frustrating we could not achieve the results we both thought possible.

“I respect Mike and he does a great job in the car. We continue to work together with him and look forward to more programs in the future. As for Michael Lewis, we are really happy to announce that he will continue with us and move over to the #6 car that Bryan Sellers drives full-time.

“Michael is fast and is great to work with. We are pleased to keep him on and give him an opportunity to fight for the podium with Bryan in the final rounds of the PWC SprintX Championship.”