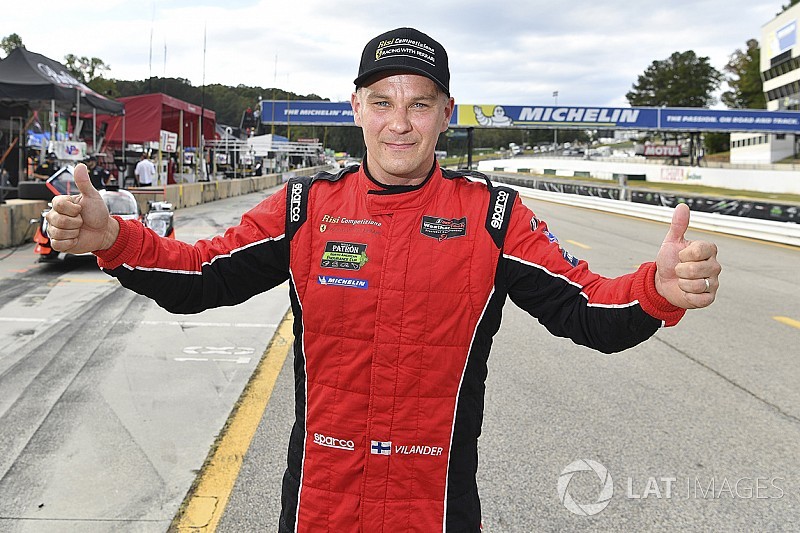 Ferrari GT star Toni Vilander is to race full-time in the Pirelli World Challenge series this season for R.Ferri Motorsport.

Vilander, 37, will drive the a Ferrari 488 GT3 for Remo Ferri’s team in the North American-based series.

The Finn has twice won the GTE Pro category at the Le Mans 24 Hours, partnering Giancarlo Fisichella and Gianmaria Bruni for AF Corse, and was also the 2014 FIA World Endurance GTE Pro champion.

“We are excited to be back again this year in the Pirelli World Challenge with a driver that has had a lot of success with the Ferrari,” said Ferri.

“With the support from the factory coupled with the experience we gained from previous years, I feel confident that we can be a very strong team and compete for the championship.”

The team also communicated that Vilander’s teammate for the SprintX rounds will be announced soon.