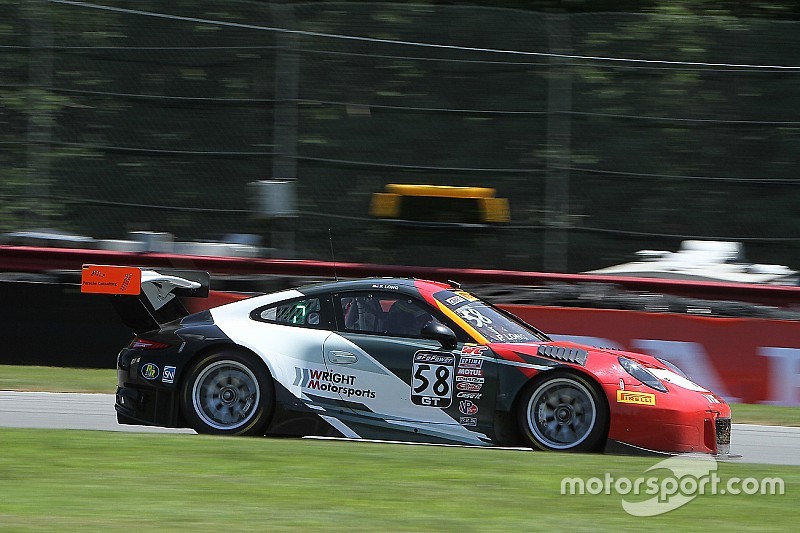 Sonoma – The battles between Patrick Long and Alvaro Parente over the past two seasons in the Pirelli World Challenge have comprised one of the best duels in all of sports car racing. The two factory drivers have raced wheel-to-wheel and win-for-win in their quests for the 2016 and 2017 PWC championships.

Last year, the duel went right down to the final lap at Mazda Raceway Laguna Seca before Parente, K-PAX Racing and McLaren took the coveted driver, team and manufacturers titles.

Since that thrilling day, Parente has accumulated another four race wins, as has Long, and both will be all out for the top step of victory lane at Sonoma Raceway to secure this year’s championships.

Now, after 17 rounds of competition, the two veterans come down the PWC Grand Prix of Sonoma this weekend (Sept. 15-17) to determine several series crowns including the GT Sprint (9 rounds) and the Overall GT (19 rounds including GT Sprint and GT SprintX) championship.

I'm going to Sonoma with my head still down, 100% full throttle and completely focused...

In addition, the coveted GT Sprint and Overall GT manufacturers’ championships are close and coming down to the wire with Porsche at 113, Cadillac at 107 and McLaren at 106.

“The COTA races (on Labor Day weekend) were points days that we needed,” said Long, the 2011 PWC GT champion from Manhattan Beach, Calif. “I'm going to Sonoma with my head still down, 100% full throttle and completely focused because, as we learned last year, it's never over until it's over. We just have to push to close this out for the manufacturers, drivers and year-end championship.”

Parente, the Portugese star who won six races last year, has captured all four of his 2017 victories in the 50-minute GT Sprint format with triumphs at St. Petersburg, Long Beach and Mid-Ohio (twice). Does the GT format favor Alvaro at Sonoma?

A couple of factors could be in his court this weekend. His K-PAX Racing team is based at Sonoma Raceway and Parente has already tested at the home track, plus Parente took second and fourth in last year’s Sonoma doubleheader while Long placed fourth and eighth.

“We got two fourth place finishes (at COTA), but it didn’t go as planned that weekend,” said Parente. “But look, it’s racing. It was the maximum we could get out of the car, and we did all we could. For me, fourth place was great. This year, [Ben Barnicoat, Parente’s teammate in SprintX] and I had some pretty good races and some really tough ones where I think we still maximized the potential of our car. Now, I’m looking forward to the two rounds at Sonoma with the McLaren.”

While the Long and Parente battle will take center stage for the Pirelli World Challenge this weekend at Sonoma Raceway, other drivers could throw a wrench into the point leaders’ march to championships.

Young Michael Cooper of Syosset, N.Y., driver of the No. 8 Cadillac Racing Cadillac ATS-V.R., has already clinched the GT SprintX drivers title with co-driver Jordan Taylor of Orlando, Fla., but Cooper is still in the mix for the Overall GT crown, just 32 points out of the lead.

The driver to watch this weekend in the GT Sprint division has to be four-time GT series champion Johnny O’Connell of Flowery Branch, Ga., who captured both Sonoma Raceway GT Sprint races last year in his No. 3 Cadillac Racing Cadillac ATS-V.R. O’Connell is seeking his first 2017 PWC victory and Sonoma could be the course for “Johnny Red” after his 2016 showing.

Among the other top contenders for the Sonoma Raceway GT doubleheader are Italy’s Daniel Mancinelli, a three-time SprintX winner in the No. 31 TR3 Racing Ferrari 488 GT3; veteran Bryan Sellers of Braselton, Ga., in the No. 6 K-PAX Racing McLaren 650S; college student Alec Udell of The Woodlands, Tex., in the No. 17 Euroworld Motorsports/GMG Porsche 911 GT3 R; Scotland’s Ryan Dalziel, a two-time SprintX winner, in the No. 2 CRP Racing/DeVilbiss Mercedes-AMG GT3; Ryan Eversley of Atlanta and Peter Kox of The Netherlands in the two all-new RealTime Racing Acura NSX GT3 cars (No. 43 and 93 respectively); veteran Jon Fogarty of Bend, Ore., in the No. 99 GAINSCO/Bob Stallings Racing Porsche 911 GT3 R and Germany’s Pierre Kaffer in the No. 4 Magnus Racing Audi RS 8 LMS.