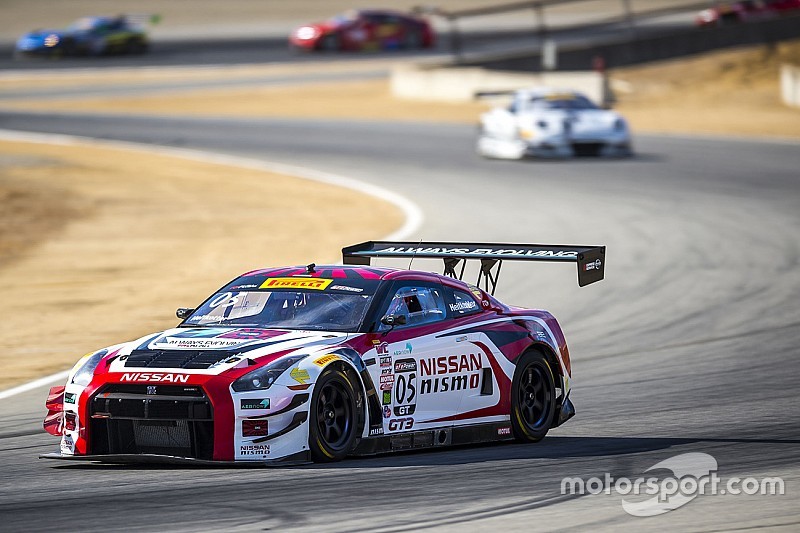 Always Evolving/Aim Autosport are bringing a single Nissan GT-R NISMO GT3 back to the Pirelli World Challenge in 2017 for the two-driver SprintX events.

The GT-R, which has proven to be a crowd favorite, will be driven by former GT Academy winner Ricardo Sanchez and 2015 GTA-class PWC champion Frankie Montecalvo when the SprintX series begins at Virginia International Raceway on April 29.

Sanchez, who spent the past two seasons racing a Nissan in the Blancpain GT Series in Europe, said: “It’s a completely new chapter for me. I’ve got a whole new set of tracks to learn but the GT-R has been really strong in the U.S. and I’m looking forward to continuing my career in a new country.

“I have been training on most of the tracks in the simulator and I’ve been looking at on-board videos from VIR,” Sanchez said. “I think the GT-R could be really strong there because of the fast corners and the track is really quick.

“I really can’t wait. I know the car well and Frankie knows the tracks – I think we’ll make a great combination.”

He said: “I’ve always been a fan of the GT-R, both as a racecar and the streetcar version, and I’m very, very excited to be working together this year."

PWC’s SprintX Championship began last season with a limited number of races. For 2017, there will be 10 races over the course of five events.