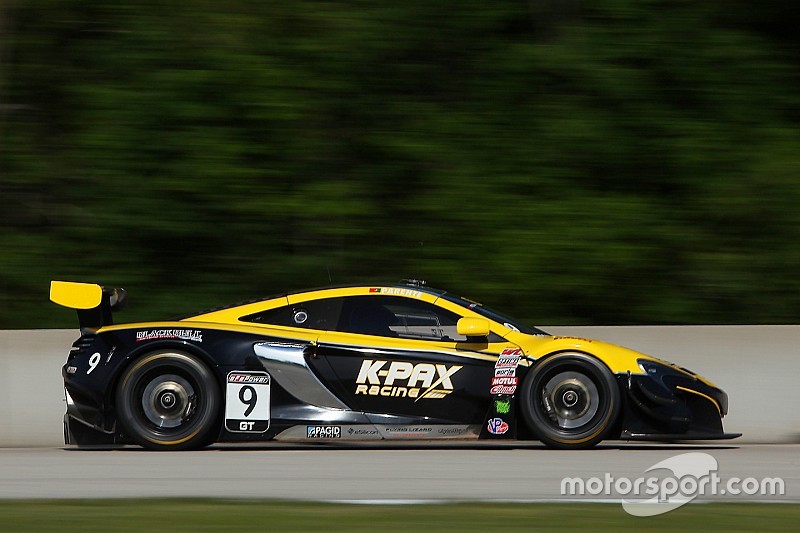 Points leader Alvaro Parente won Round 14 of the Pirelli World Challenge GT series at Mid-Ohio in his K-PAX-run McLaren 650S, as his title rival Patrick Long suffered a disastrous race.

From pole position at the rolling start, Austin Cindric led K-PAX teammate Parente, with Jon Fogarty making it a McLaren 1-2-3 in his Gainsco entry by smartly driving round the outside of Bryan Heitkotter’s Nissan at the first corner.

Behind them, James Davison’s Nissan got caught in the filling of a three-wide sandwich and was collected by Michael McCann’s Dodge Viper and the Porsche of Preston Calvert as he spun.

After just one lap of yellow, Cindric led the restart from Parente, Fogarty and Heitkotter. Cadillac's Johnny O’Connell moved up to fifth, demoting Colin Thompson’s McLaren at the restart.

Parente grabbed the lead from Cindric into Turn 4 on lap three.

RealTime Acura newcomer Spencer Pumpelly spun out on the approach to the Keyhole, after suffering suspension damage at Turn 1 when he clashed with Thompson. Meantime, Acura’s Ryan Eversley moved past O’Connell into fifth.

After a lengthy yellow, Parente held sway up front but Heitkotter pulled a strong move on Fogarty around the outside of the Keyhole, helped by Cindric’s tardiness ahead of them which boxed him in.

A third yellow was soon required as Thompson spun around, after a touch from title challenger Long’s Porsche, at the Keyhole and was collected hard by Kyle Marcelli’s Audi.

As Parente eased away from Cindric and Heitkotter at the restart, Fogarty became embroiled in a battle over fourth with Eversley.

Attention turned to Long, who was given a drive-through penalty for the contact with Thompson. He did not take it within the three stipulated laps, and looked to have been disqualified, but organizers let him take it a lap late.

He trailed home 10th overall, ninth in the GT class – a huge setback to his title chances.

Parente managed the gap to Cindric up front to win, with Heitkotter third and Fogarty fourth.

Michael Schein won the GTA class in his Porsche 911, while Alec Udell survived a brush with GT Cup rival Sloan Urry to win that category.