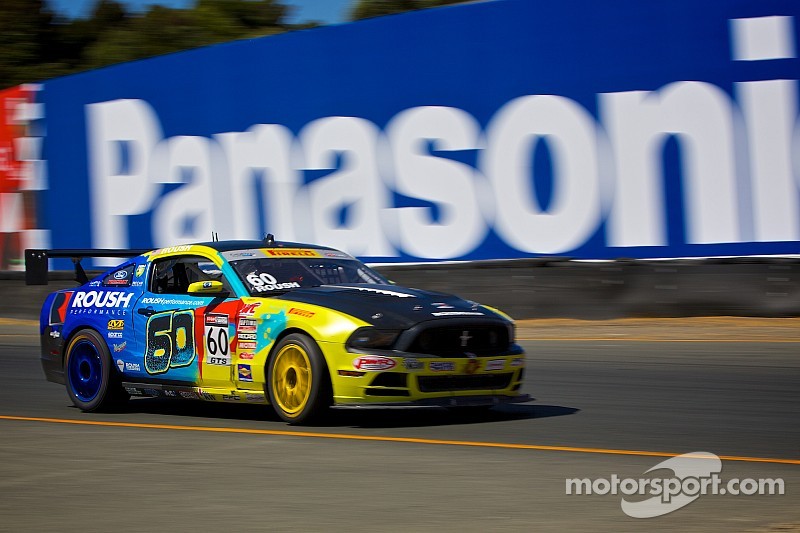 New rules in GTS class has it running separate races from GT.

With an eye to further promote and grow the Pirelli World Challenge GTS class for 2015 and beyond, WC Vision has announced some changes for the class for next season.

Back in 2010 and the inaugural season of competition for the class, a total of four full season entrants competed for the overall drivers championship. Fast forward four years and the GTS class has been the fastest growing segment for the series with fields regularly topping 25 cars competing for the championship in 2014.

Starting in 2015, the GTS class will run separate of the GT classes with its own 50 minute races and receive its own exclusive TV coverage, and expanded social media and marketing focus. A forthcoming TV broadcast announcement will be made that will highlight expanded coverage dedicated to the GTS class.

"I believe that the separation of the classes (GT/GT-A/GT Cup and GTS) will help even further evolve the Pirelli World Challenge as we head into the 2015 season," said Jack Roush Jr. (in photo above), driver of the No. 60 Roush Road Racing Ford Mustang Boss 302R. "In any given race, there's always much more for the announcers to talk about than they could ever realistically cover. The separation of classes will allow them to give more coverage to both GT/GT-A/GT Cup and GTS. The benefit here is clear for both sponsors and fans."

"Being a driver in the series, I also look forward to the way that this will change the races themselves," added Roush Jr. "It's a simple fact that the more cars you have on track, the more yellow flag laps and chaos you are likely to have. With the new single class format, we should stand to see more green flag laps and less random chance affecting the race results."

"I think it's a good move by the series to separate the GTS class from the GT class to put it on a pedestal of its own with dedicated 50 minute races, TV broadcast and marketing and promotions," said Leo Capaldi, Team Owner, Capaldi Racing. "Plus I think the racing in the GTS class will only continue to improve now that we won't have GT cars slicing and dicing through the field. This past season, we had more than a few instances where GT and GTS cars unfortunately came together and it hurt some of the competitors on both sides of the fence, so the split will help."

"Capaldi Racing returned to PWC a few years ago after running with another series because of the better exposure it offers for our sponsors. With this new split format in 2015 for GTS it will just make it even more valuable to our partners and help our team to grow."

Mercedes to go into 2015 PWC season with an expanded fleet