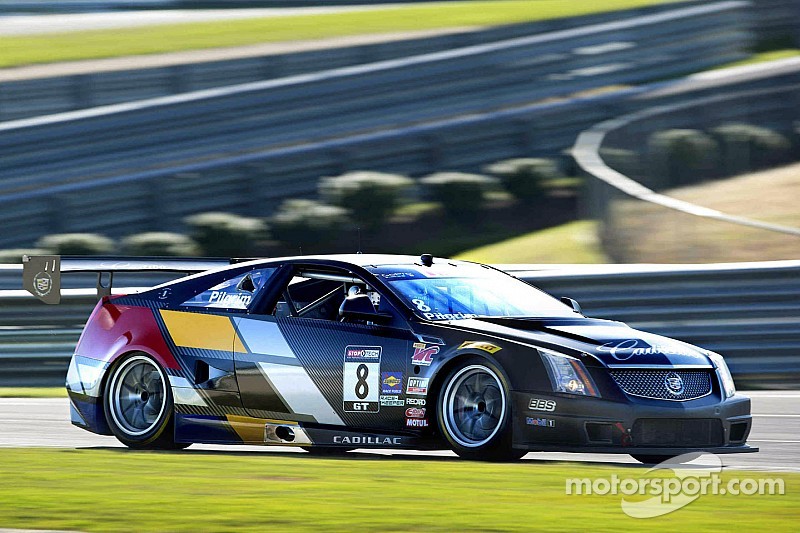 Final roster of major events at the Utah speedway for the season.

The final major event of the season at Miller Motorsports Park, the EnergySolutions Utah Grand Prix, will take place this Friday through Sunday, September 12-14.

The event marks the return of the Pirelli World Challenge series, which last raced here in 2012 and will wrap up its 2014 championship with two races for each of their six classes. Since the last time the series visited Utah, their rules have been amended to allow exotic sports cars such as Ferraris, Lamborghinis, McLarens, Audis, Bentleys, Mercedes-Benzes and Aston Martins to join the fray. The series will be running a double-header event to make up for a rained-out race at St. Petersburg, Fla., in March.

The Pirelli World Challenge has three GT (Grand Touring) classes for the higher-powered cars, which in addition to the aforementioned exotics includes a factory Cadillac team (shown above), Dodge Vipers, Ford Mustang Boss 302s, Chevrolet Corvettes and Camaros, Porsche 911s and Caymans, Nissan 370Zs and Kia Optimas. There are also three TC (Touring Car) classes for smaller cars including Mazda MX-5s, Volkswagen Jettas and GTIs, Pontiac Solstices, Honda Civic Sis and Fits, Nissan Altimas, Kia Forte Koups, Ford Fiestas, Mini Coopers and Fiat 500s. A total of 69 cars are entered for the event, and all but one of the six class championships will be decided this weekend.

Serving as a thunderous counterpoint to the sports cars, the NASCAR K&N Pro Series West will also be making its eighth annual appearance in Utah. This will be Round 12 of the 14-race 2014 championship for the ground-pounding stock cars and the second and final road-course race of their season. Points leader Greg Pursley has three wins in five starts at Miller Motorsports Park, but young challengers Dylan Lupton and Brandon McReynolds, son of NASCAR Sprint Cup championship-winning crew chief Larry  McReynolds, are lurking in his rear-view mirror.

The EnergySolutions Utah Grand Prix will give fans a rare opportunity to see all four configurations of Miller Motorsports Park’s 4.5-mile road course in action. Activities get underway on Friday, which will be a free day for spectators. The Pirelli World Challenge GT classes will have their first of two weekend races on the 3.05-mile Outer Course, while the TC classes will race on the 2.2-mile West Course. The Pirelli GT3 Cup Trophy USA will have their first of three weekend races on the Outer Course, and the Miller GT Challenge cars will practice on the West Course.

On Sunday, Pirelli GT3 Cup Trophy USA will have their third and final race on the Outer Course, while the Miller GT Challenge cars tackle the challenging Full Course.