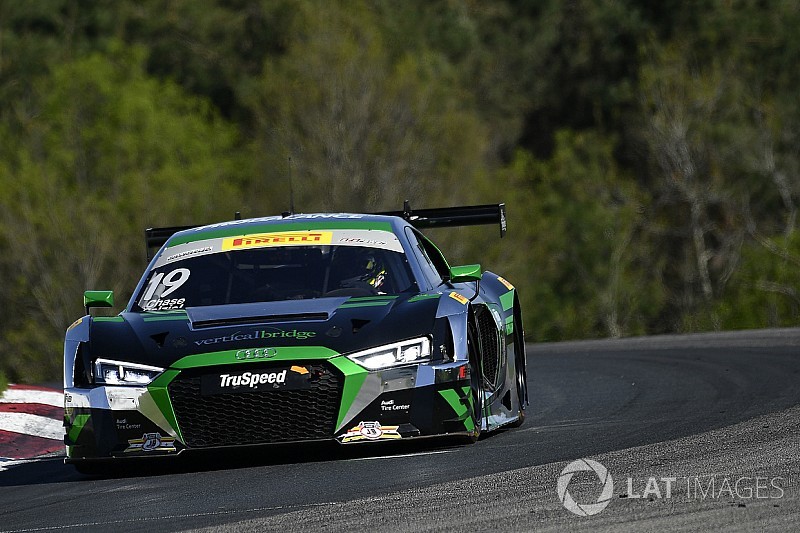 Scott Hargrove and Wolf Henzler appeared to drive their Pfaff Motorsports Porsche 911 GT3 R to victory at Portland International Raceway but were penalized 3sec for an on-track infringement and dropped to third.

Perhaps most surprising was that Pfaff’s closest pursuer was the Ryan Dalziel/Parker Chase Audi R8 of TruSpeed Autosport, the easy winners of the Pro-Am category in both days. They then inherited the overall victory on Sunday following Pfaff's penalty.

When the Dream Racing Lamborghini Huracan and the CRP Racing Mercedes AMG GT shunted during the pitstop window, the Pro-Am Jeff Segal/Wei Lu-driven TR3 Racing Ferrari 488 led ahead of the TruSpeed Audi. But with under 15mins left on the clock at the final restart, Henzler took the lead ahead of Saturday’s winners, Toni Vilander/Miguel Molina, Chase and Lu.

Henzler then had to concede the spot for cutting the chicane, yet re-inherited the lead when Vilander served a drive-through penalty for a pitstop infringement. The R Ferri Motorsport Ferrari would eventually come home seventh.

Henzler then held off Chase to the checkered flag, by a mere half a second, while Rodrigo Baptista and Maxime Soulet were third in the sole K-PAX Bentley Continental. Its sister car, normally driven by Alvaro Parente and Andy Soucek, was withdrawn before the race due to engine damage incurred in Parente’s crash out of the Saturday race.

Then came news that Pfaff had been penalized, and so K-PAX inherited second – a reasonable reward after a tough weekend.

Saturday winners Michael Christensen and Spencer Pumpelly took fourth place for Alegra Motorsports ahead of Lu/Segal, while the Am class was won by Caesar Bacarella and Martin Fuentes in the Squadra Corse Garage Italia Ferrari 488, which finished sixth overall.