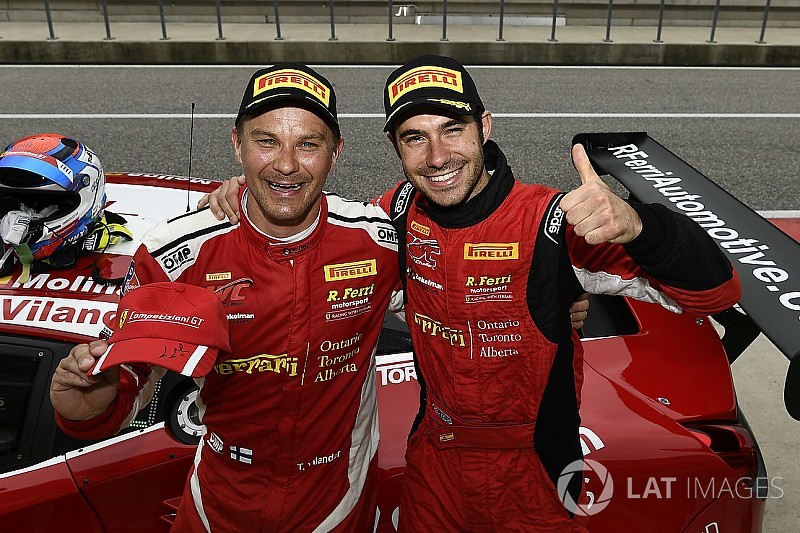 The Alegra 911 of Michael Christensen/Spencer Pumpelly started from pole, with Christensen at the wheel, with Vilander alongside. Third was the CRP Racing Mercedes AMG GT of Daniel Morad and series debutant Matt Brabham, with the K-PAX Bentleys of Rodrigo Baptista and Alvaro Parente in fourth and fifth.

They maintained this order from the start, with Parker Chase sixth overall and leading the Pro/Am category in the TruSpeed Audi R8 that he’d hand over to Ryan Dalziel

After a dozen laps, Christensen still led Vilander by only 1.5sec but the pair were seven seconds up the road from Morad who had Baptista and Parente running right behind, until Parente took too much speed into Turn 11, spun and stuffed his Bentley into a tire wall. Out came the caution flag for the first time.

The restart was uneventful with no order changes for the front runners, but when the pitstop window opened at the 25min mark, Chase immediately pitted and handed off to Dalziel. Two laps later, Christensen pitted the Porsche from the lead – one lap before Vilander. But the Ferrari would emerged from its stop just ahead, and once his tires were up to temperature, Molina not only held off Pumpelly but pulled away.

Interestingly for several laps Molina was not leading on track because the amateur David Askew – driving solo in the DXDT Racing Mercedes – had not made his compulsory pitstop in the window of 25-35 minutes. Eventually he was shown the black flag and he pitted.

Pfaff Motorsports’ stop for Wolf Henzler to hand over to Scott Hargrove was too fast and so they had to serve a drive-through penalty. CRP had the opposite problem –  a terrible stop, 20sec too long – burying the former third-place Mercedes, now piloted by Brabham, down in seventh.

But they were better off than K-PAX who lost its second Bentley, this time with a mechanical failure on pitlane.

All these troubles allowed Dalziel into third, with Jeff Segal now fourth in the Ferrari of Vancouver 488 he was sharing with Wei Lu.

Dalziel and Segal reeled in Pumpelly who had fallen away from Molina, although the Ferrari driver paid out the line in the closing moments so that he crossed the line only 1.5sec ahead of the Porsche, chased hard by Dalziel, Segal and the Dream Racing Lamborghini Huracan of Yuki Harata/Alessandro Bressan.

Why WRC's points leader could change teams in 2020