Speaking during the opening weekend of the Blancpain GT World Challenge at COTA, where 22 GT3 cars took the start – a huge increase over 2018 grid sizes, which almost dropped to single figures at one point. A revised SprintX format – now featuring a 90-minute, two-driver race with refuelling – is more attractive to teams, and is a result of what they really wanted from the series.

“All our grids are healthy, we’re very pleased of course after a rather worrying 2018 season, with a very low grid in GT3,” said Ratel. “The championship was really in danger, so we listened to the teams, we designed a new format and package, and a combination of local and global effort has produced what we see here now. We’re very happy with the GT3 grid now.

“Before, World Challenge wasn’t perfectly positioned – it was initially a touring car series, a sprint series. Almost by coincidence it ended up adopting GT3 cars, and then GT4. It was a long transition, and it made the paddock confused, because you had this tradition of one driver sprint races with standing starts, a totally different angle from GT racing. There were no driver changes, no refuelling, flying starts and tyre changes. It was a different world.

“I think we’re now back to what I’d call a normal format, with longer races. Two-driver sprints for GT4, which we know very well from Europe. We can offer GT4 drivers both formats, so they have a pure sprint race in St Pete for example.”

Explaining the renaming of the series formerly known as the Pirelli World Challenge – which had class nomenclature of GT and GTS – Ratel said it was important for the Blancpain GT brand to have a global footprint.

“That’s why we came with Blancpain GT World Challenge. That helps us a lot when we go to broadcasters, so they know this is the American version of the global brand. Now, they take the whole package, so we’ve more than tripled our coverage. The whole thing is really growing under one name, and it’s really cleared up this confusion in America.” 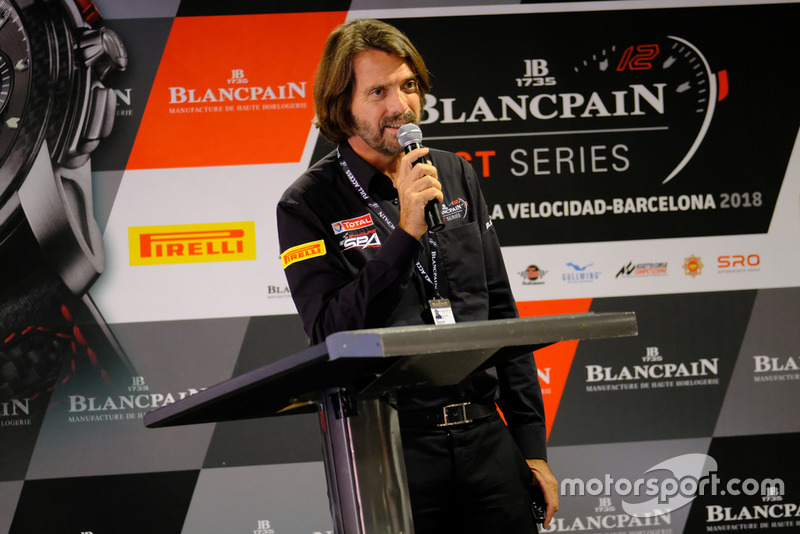 Ecclestone arrested for illegally carrying gun at airport in Brazil