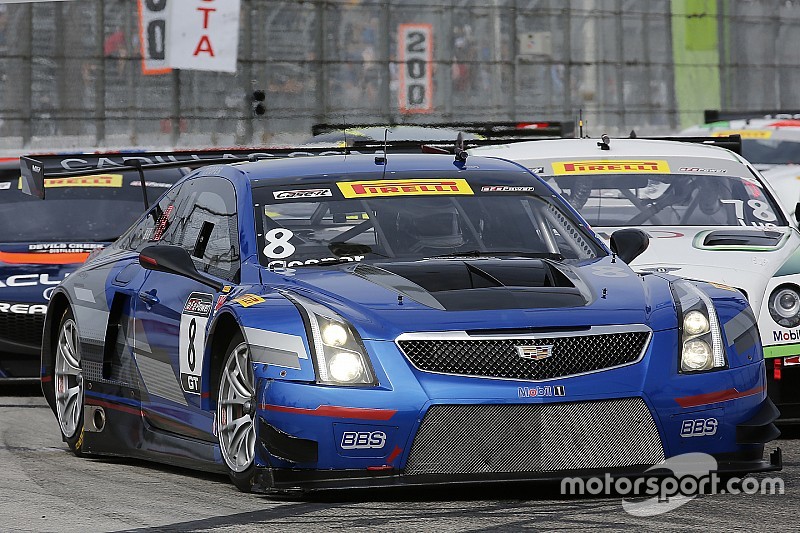 Alton, VA. – An outstanding field of drivers and machines are primed for the 2017 SprintX season opener as part of the Pirelli World Challenge Nissan Grand Prix of VIR this weekend (April 28-30) at the beautiful VIRginia International Raceway with over 105 entries to battle on the 3.27-mile, 17-turn road circuit.

In addition to the 36 SprintX entries, fifty-five entries are set for the Touring Car opening rounds of the 2017 PWC campaign including 32 in the popular TC division which features auto makes such as Audi, BMW, Honda, Hyundai, Lotus, Mazda, Nissan and Porsche.

SprintX competitors will race in Round 1 and 2 at VIR this weekend as will the Touring Car divisions, while the GTS category will contest Round 3 and 4 in the 2017 PWC championship.

The initial 2017 presentation of the SprintX format should provide some of the wildest and most-competitive action seen in the PWC series in a long time. However, it’s tough to beat last year’s GT final at Mazda Raceway Laguna Seca which took the series championship right down to the final lap.

Here is some of the driving talent ready for this weekend’s SprintX competition in the Pro-Pro, Pro/Am and Am/Am divisions.

Reigning GT champion Alvaro Parente of Portugal is no stranger to a two-driver race setup, having been successful in the SRO Blancpain GT series in Europe. Parente, winner of two 2017 GT races already in the No. 9 K-PAX Racing McLaren 650S, will team up in the Pro/Pro class at VIR with young sports car Ben Barnicoat of England as the two racers have driven together in the past for McLaren GT. K-PAX Racing also has entered another solid pairing with veterans Bryan Sellers of Braselton, Ga., and Jonny Kane of Northern Ireland in the No. 6 K-PAX Racing McLaren 650S. Parente and Sellers finished 1-3 in the most recent Toyota Grand Prix of Long Beach.

St. Petersburg GT winner Patrick Long of Manhattan Beach, Calif., a multi-time endurance race winner, will bring the potent No. 58 Wright Motorsports Porsche 911 GT3 R to VIR for the Pro/Pro category with another Le Mans, Daytona and Sebring winner, veteran Jörg Bergmeister of Germany, teaming up for a challenge team.

The Cadillac Racing SprintX lineup brings the current Rolex 24 at Daytona and 12 Hours of Sebring winners to VIR with Ricky and Jordan Taylor of Florida matching up with PWC regulars Johnny O’Connell of Flowery Branch, Ga., the four-time GT champion, and Michael Cooper of Syosset, N.Y., the two-time PWC titlist. Needless to say, the Cadillac Racing quartet will be a factor in the red No. 3 Cadillac ATS-V.R. and the blue No. 8 Cadillac ATS-V.R. this weekend at VIR.

Former Daytona champion Ryan Dalziel of Scotland will be teaming with Daniel Morad of Canada, a Daytona class winner in 2017, in the No. 2 CRP Racing/DeVibliss Mercedes AMG GT3, while Italy’s Daniel Mancinelli will team with veteran Andrea Montermini also of Italy in the No. 31 TC3 Racing Ferrari 488 GT3.

Another Ferrari entry that should expect to battle at the front of the VIR field is the No. 61 R. Ferri Motorsport Ferrari 488 GT3 with Spain’s Alex Riberas and Canada’s Kyle Marcelli as a strong tandem. Riberas, who ranks third in the PWC GT points currently, won a pole position at St. Petersburg and has finished 3-4-5 in his first three PWC starts in 2017. Marcelli won the SprintX finale last year at Mazda Raceway.

The all-new Acura NSX program with RealTime Racing has been developing the new GT3 machine throughout the opening two races at St. Petersburg and Long Beach. The two regular RealTime Racing drivers, Ryan Eversley of Atlanta and Peter Kox of The Netherlands, will have Tom Dyer of Corte Madera, Calif., in Eversley’s No. 43 Acura NSX GT3 at VIR, while Canada’s Mark Wilkins will team up in Kox’s No. 93 Acura NSX GT3.

The Audi stable has a strong two-driver effort for Magnus Racing in the Pro/Pro division with Germany’s Pierre Kaffer and Spencer Pumpelly of Atlanta in the No. 4 Audi RS8 LMS sports car at VIR, and Bentley brings PWC regular Adderly Fong of Hong Kong and sports car star Vincent Abril of Monaco in the No. 88 Absolute Racing Bentley Continental GT3.

In the big Pro/Am class, 2016 GT Cup champion Alec Udell of The Woodlands, Tex., and two-time SprintX winner Preston Calvert of Potomac, Md., will be one of the contending pairs at VIR in the No. 77 Calvert Dynamics/GMG Motorsports Porsche 911 GT3 R, along with another two-time SprintX winner Michael Lewis of Laguna Beach, Calif., and his partner, Mike Hedlund of Redwood City, Calif., in the No. 98 K-PAX Racing McLaren 650S.

Last year’s GTA champion Martin Fuentes of Mexico City returns to Pirelli World Challenge action with the No. 7 Hublot/Scuderia Corsa Ferrari 488 GT3 with former F1 and IndyCar driver Stefan Johansson of Sweden as his teammate at VIR, while Henrique Cisneros of Miami, Fla., also returns to PWC at VIR in Pro-Am with the MOMO/NGT Motorsports Ferrari 458 GT3 and the co-driver is still yet to be announced.

Qualifying: (All times listed are EDT)