I don't think I am the only one out there wondering what the environment of sports car racing in North America will look like next season. I promise you that.

But the biggest question I have is what is going to happen to the Pirelli World Challenge (PWC), and its GT class after the announcement of GT3 cars being permitted to enter the United SportsCar Racing (USCR) series next season.

In what I think might have been a last ditch effort, the PWC announced that all GT3 cars can run in their series in FIA GT3 trim. The only advantage this gives the World Challenge teams will be minor modifications that won't have to be made as if entering the USCR series.

To properly examine this situation, we must look at the pros and cons of entering a GT3 car into each series. For both series, I will pretend I am entering a single Nissan GT-R GT3. The cars MSRP, purchased in Japan would be approximately $420,000.00. 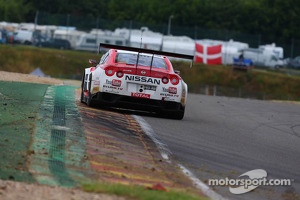 Lets start off with the PWC. This series has been working on gaining traction since 2009, when it kicked off as the Speed World Challenge. It seems its focus is on bringing cars of every class together in one big series, running separate races for each pair of classes each race weekend. These races are relatively short, but do produce great battles.

My team, Try-Really-Hard-Motorsports, will have to visit 9 different cities along the season. All of these events will be about 1 hour races with a couple practice sessions leading up to them. With Pirelli on board as title sponsor, I can't imagine tires cost too much. With sprint races, and race breaks for tire changes, I see lower costs in relation to its sister series.

The big disadvantage, however, is the lack of coverage of this series. With a much lower "popularity" to the ALMS/Grand-Am conglomerate, sponsorship dollars, television dollars and an overall lack of spectator support will ultimately hurt both the teams and the series. But these could offset the cost of a slightly cheaper running costs of a team.

With the facts above, and a multitude of GT3 homologated cars on the market, I think support for these teams from the manufacturers will be a whole lot less than a GT3 team in the United SportsCar Racing series. A phone call from my team, running the PWC to NISMO would undoubtably go to voicemail if the GT3 techs were working on anything from the USCR series.

Now on to the bigger series. They are currently looking into a ten-race schedule. This is one race longer than this years Pirelli World Challenge. The races are much longer, with a pair of around the clock races in Daytona, and Sebring. Costly, costly, costly.

My team will have to make some minor modifications to the car before we can race, a series specific wing among other things. More costs. 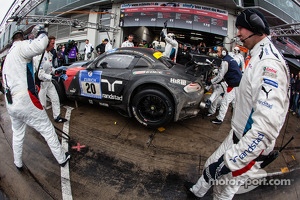 But this series will be in the news all year. If you take the amount of media coverage, television coverage its two parents (ALMS, Grand-Am) get, double that next season. Tons of spectators in the stands means great exposure which equals bigger sponsorship.

Last, but certainly not least is the pride of winning a race. Who won the Mid-Ohio GTS/GT race? I have no idea. But we all know that Memo Rojas and Scott Pruett won the 24 Hours of Daytona, with the help of Juan Pablo Montoya and Charlie Kimball.

Mark my words, while the Pirelli World Challenge will easily move long into the future with its fantastic TC and TC-B classes, there will be a mass exodus of the GT teams moving their entry forms to the United SportsCar Racing series next year.

If Try-Really-Hard-Motorsports could afford to run a GT3 team in either series, I think I would get involved in the TC-B class with a whole host of great little cars, and watch the United SportsCar Racing series from my couch or trackside…it's just cheaper that way.