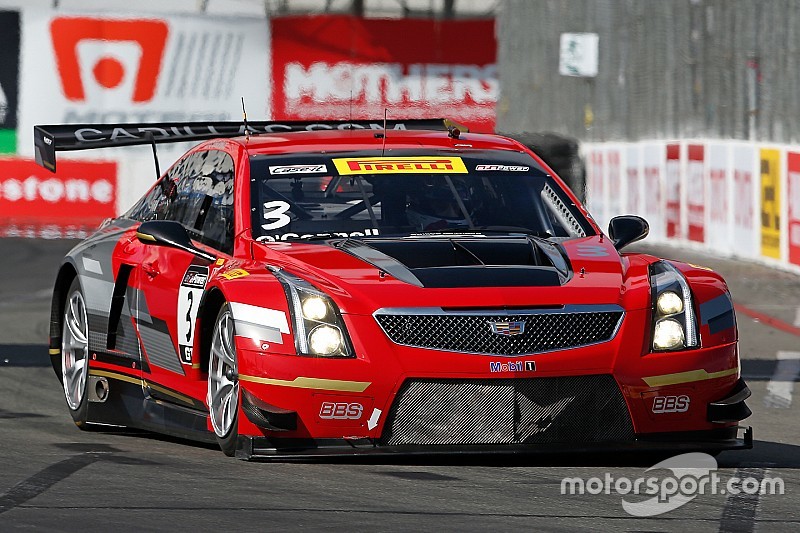 Alton, Va. – It is incredible to think that U.S. sports car legend Johnny O’Connell hasn’t raced at every road circuit in North America.

But that is the case for O’Connell at VIRginia International Raceway for the Pirelli World Challenge Nissan Grand Prix of VIR this weekend (April 28-30) at the beautiful 3.27-mile, 17-turn road course in the south region of Virginia.

“It’s funny,” laughed the personable O’Connell, who’ll drive the bright red No. 3 Cadillac Racing Cadillac ATS-V.R. in the season-opening SprintX GT events at VIR. “I have tested at VIR a fair amount in the Corvettes and the Cadillacs over the years. But, ironically, I have never raced here before. We did a lot of pre-production running the C5 and C6 Corvettes here. So, I got to know the track pretty well over the years. Because the track is available for testing, we have run a good number of test days in Cadillac too. This weekend will be the first competition for me.”

O’Connell, a 20-time PWC race winner and a four-time GT series class champion, has enjoyed his time at VIR over the years and never really thought about not racing at the “old-school” type circuit.

“I look forward to seeing how the track races,” said O’Connell, who will share his Cadillac in the two 60-minute features with Ricky or Jordan Taylor. “There are some good overtaking areas. I think it will be a challenge for all of the drivers. It’s an old-school race track. It has constant radius corners with some fast stuff. I think that is a reason guys love driving here. I have really enjoyed the track in testing. Going through the esses is fast. There are some technical bits. It should be an excellent track for our PWC GT3 cars. We’ll have our teams determined before qualifying on Saturday morning.”

With 110 overall entries, this weekend's racing events will include SprintX contests with the GT3 machines pairing two drivers in a 60-minute race with one pit stop between the 25 and 35 minute marks.

In addition to O’Connell and the Taylor brothers driving for the Cadillac Racing team this weekend, two-time PWC champion Michael Cooper will be the primary driver in the blue No. 8 Cadillac Racing Cadillac ATS-V.R. in the Saturday and Sunday main events.

Practice for the Pirelli World Challenge Nissan Grand Prix of VIR will begin Friday with qualifying set for Saturday morning. The Saturday SprintX 60-minute Round 1 will get underway at 3:30 p.m.