Rodrigo Baptista doubled up to win the final Pirelli World Challenge GT Sprint race of the season at Watkins Glen on Sunday in his K-PAX Bentley. 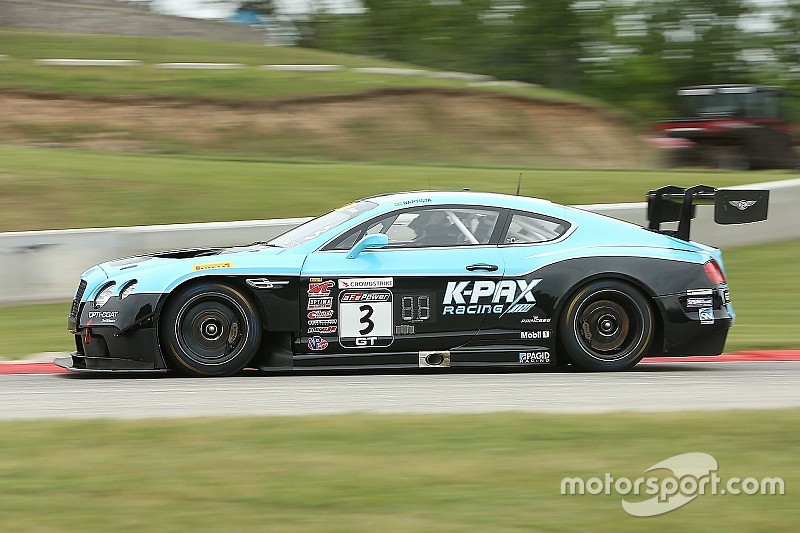 Baptista, who won Saturday’s race, led from pole as Daniel Mancinelli’s TR3 Ferrari 488 first hit Alvaro Parente during the rolling start, and then spun around Mario Farnbacher’s Acura NSX at Turn 1. That impact also rotated Mancinelli, and he was then clipped by Michael Cooper’s Mercedes – putting both cars out.

Parente pushed Hargrove hard, drawing alongside at the Inner Loop several times, but couldn’t find a way past, while Vilander passed Christensen to take fourth.

Hargrove’s result gave him the Sprint title, leaving Vilander to settle for the SprintX and Combined titles he’d already claimed.

In the two-car Am class, David Askew led in his Mercedes until he spun at the ‘Toe’ of The Boot, allowing Anthony Imperato’s Porsche through for a second victory of the weekend.