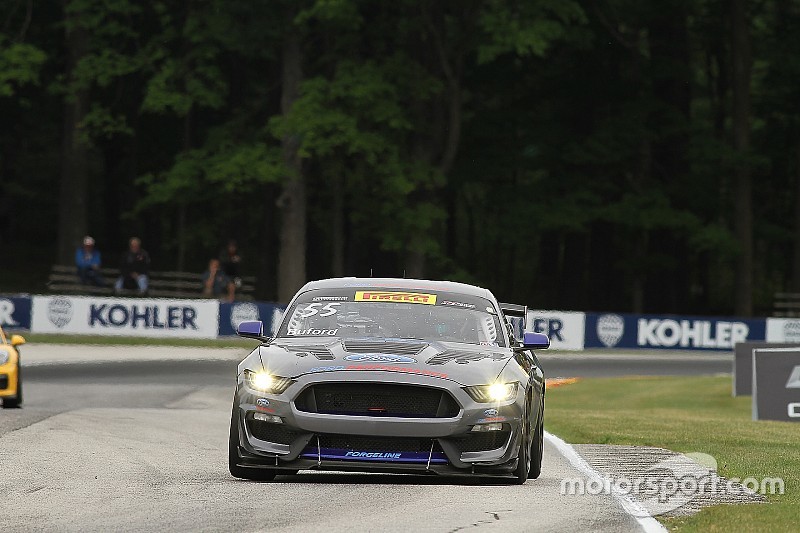 Jade Buford won the opening race of the Pirelli World Challenge GTS Sprint round at Watkins Glen on Saturday in his PF Racing Ford Mustang.

Pole sitter Ian James (Panoz Avezzano) led Buford and Lawson Aschenbach (Chevrolet Camaro) away from the start, but Buford drafted past James into the Inner Loop on the opening tour.

Shane Lewis (Camaro) ran fourth, ahead of Harry Gottsacker’s SIN R1 initially, but he was soon passed by Patrick Gallagher in the second PF Racing Mustang. Gallagher then moved past Lewis into fourth, but was forced to pit just before half distance with overheating issues.

Gottsacker was promoted to fourth, having already got ahead of Lewis.

The top three pulled well clear, with James hanging within a second of leader Buford for much of the race. James launched a fierce attack on the final lap, but just couldn’t find a way past.

Aschenbach shadowed them both but positions remained static until the finish. Gottsacker and Lewis were fourth and fifth respectively.

Jeff Courtney’s Maserati, sixth overall, won the Am class after a fascinating early battle with the KTM of Nicolai Elghanayan.