Ian James won the second race of the Pirelli World Challenge GTS Sprint finale at Watkins Glen on Sunday in his Panoz Avezzano. 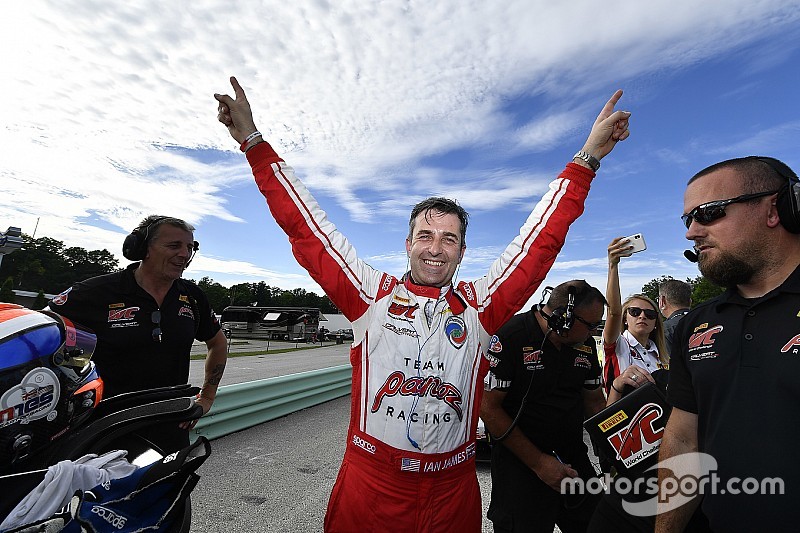 Pole sitter James led race-one winner Jade Buford (Ford Mustang) and Lawson Aschenbach (Chevrolet Camaro) away from the rolling start – the latter pair running side by side through the Esses just inches apart. Buford grabbed the position with a bold move at the Inner Loop.

Behind them, Harry Gottsacker (SIN R1) got past Patrick Gallagher’s Mustang, and then Gottsacker hounded Aschenbach.

A full-course yellow came out just after the half distance mark, to repair a barrier on the exit of The Boot section. At the restart, James held sway once more from Buford, Aschenbach and Gottsacker.

In sixth, James Sofronas added the Sprint title to the Combined crown he claimed yesterday, and SprintX he won at Utah last time out, in his GMG Audi R8.

Mike Hedlund won the Am class in his Flying Lizard Audi, having spent much of the race hounding Sofronas. Jeff Courtney claimed the class title in his Maserati.