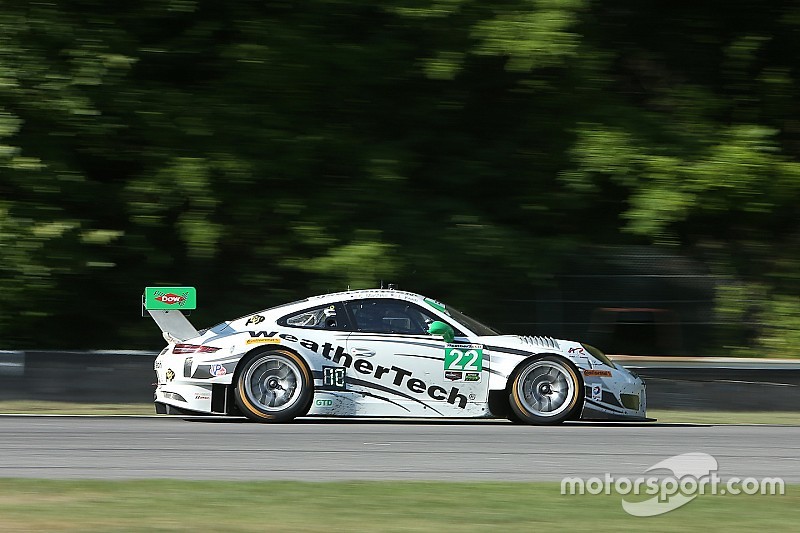 Following its withdrawal from the last WeatherTech United SportsCar race at VIR, the GT Daytona team has confirmed it will switch to Pirelli World Challenge for the remainder of the season as a two-car operation.

The move means that Gunnar Jeannette will race a Porsche 911 in the GT category with Cooper MacNeil in the GTA class, at Sonoma Raceway on Sept. 16-18.

The two cars will also complete in the Mazda Raceway Laguna Seca finale in October, including the SprintX round, in which MacNeil and Jeannette will share a Porsche.

Alex Job Racing, that runs the WeatherTech team, will continue to enter the #23 Porsche for Mario Farnbacher and Alex Riberas, for the WeatherTech SportsCar Championship’s final two events, at COTA and Road Atlanta.

The switch to PWC by the WeatherTech arm of the AJR operation has been prompted by what the team believes is a Balance of Performance equation that is hurting the performance of the Porsche 911 GT3 Rs. The same issue caused Park Place Motorsports to pull its entry from VIR.

Said team owner Alex Job: “We have two cars that are race ready and we wanted to get in a couple of more races before the leaves turn colors. Cooper was considering running the Laguna Seca event for a while and it just made sense for us to add the Sonoma race and get Gunnar involved as well.

“The SprintX event at Laguna Seca will be something a little different, but a format we are used to doing with a pit stop and two drivers. We will get the cars out on Pirelli tires before we make the trip across the country next week."

Said MacNeil: “I'm excited to run PWC for the last two races at Sonoma and Laguna Seca. It will be a different format with the race being a sprint format instead of the endurance length I am used to doing.

“The GTA class has been close all year. Some of my main competition will be an old teammate, Mike Schein. We used to race Porsche Cup back in 2011 and we had some close races together.”

Added Jeannette: “I'm excited to be doing the next PWC round at Sonoma," Jeannette said. "It's been a long time since I've done a proper single-driver Pro race.

“It will be good to still work together to get both of our cars set-up as best as possible for the races. We'll be playing catch-up to all the other teams that have been running all year, so having two cars will be very helpful. The Porsches have shown to be competitive throughout the year and Sonoma should be a decent track for us."